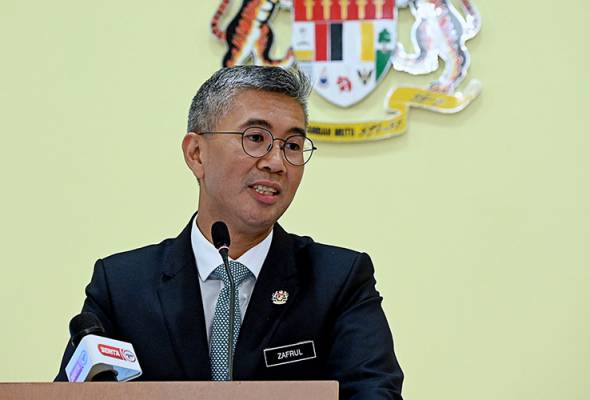 The position was also supported by ample international reserves, large external bank and corporate assets as well as a net foreign exchange position of RM1.1 trillion or 77.0 per cent of GDP as at end-March 2021, he said.

“These factors are supported by a flexible foreign exchange policy which strengthens Malaysia’s ability to deal with external shocks.

“Furthermore, Malaysia’s retention in the FTSE Russell’s World Government Bond Index is a testament to the developed capital markets as well as the strong and resilient macroeconomic fundamentals,” he said in a statement today.

To protect the people and the business sector, since the onset of the COVID-19 pandemic, continued assistance has been provided through the implementation of eight stimulus packages and government assistance worth RM530 billion as well as the annual budget worth RM322.5 billion for 2021.

Tengku Zafrul said that under the Budget 2021 measures and packages, RM300 billion could still be spent to support economic recovery, especially when going through the various phases of the National Recovery Plan (NRP).

Meanwhile, he said the success of vaccination would be crucial to the country’s economic recovery, therefore the National COVID-19 Immunisation Programme would be further intensified to accelerate economic recovery.

Other factors driving the country’s economic recovery include better external demand by major trading partners and the implementation of infrastructure projects with high multiplier effects, he said.

“Other contributing factors include the country’s economic fundamentals which remain strong despite the challenging situations as well as a strong and diverse economic structure.

“In particular, Fitch stated that Malaysia’s manufacturing and export sectors will continue to take advantage of the surge in global demand for the country’s export products such as electrical and electronics products, crude oil and personal protective equipment,” he said.

Going forward, the Finance Minister said the national agenda would focus on the digitalisation and use of technology as well as improving the prospects and resilience of the Malaysian economy in the long run.

In the medium term, the government is committed to implementing continuous structural reforms that will enable Malaysia to attract high-quality investment as well as generate skilled and high-income jobs.

He said the government remained committed to ensuring the country’s fiscal sustainability and medium-term fiscal consolidation.

“Guided by the Medium Term Fiscal Framework and supported by the gradual implementation of the Medium Term Revenue Strategy which aims to increase and diversify the country’s revenue base, the government will be able to continue fiscal consolidation once the country recovers from this pandemic.

“This will be able to balance short-term fiscal needs with fiscal and economic sustainability,” he said.