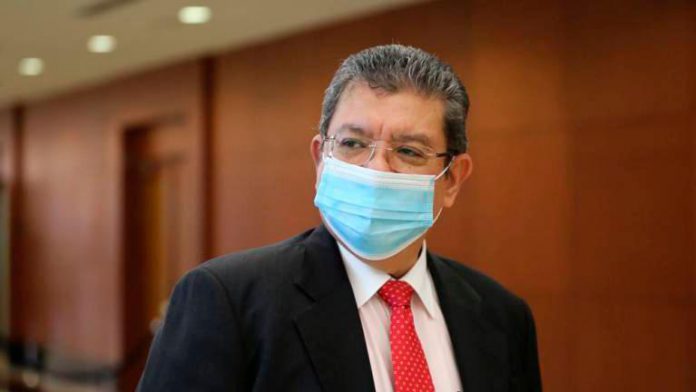 PUTRAJAYA, July 19  — The government has on July 14 agreed to the Communications and Multimedia Ministry’s proposal to establish a Malaysian Music Industry Corporation (PIMM) as the entity to formulate strategies and ensure that the development of the country’s music industry is coordinated holistically and implemented in synergy by the relevant quarters.

Communications and Multimedia Minister Datuk Saifuddin Abdullah said he was optimistic that with the establishment of the PIMM, pending issues such as royalty, database on music industry players and economic financing could be solved and the negative public perception of the local music industry could be changed.

“The local music scene has come a long way, but there is no specific agency responsible for managing the music industry. So, with the establishment of the PIMM, the success of the Malaysian music industry can be intensified,” he told a virtual press conference today.

He said PIMM will function as the music industry’s ecosystem which is divided into three main areas, namely music production, music performance and music education.

PIMM will also be the coordinator of infrastructure and distribution of financial incentives and funds for the purpose of industry expansion and wellbeing of the industry players, he said.

Apart from that, Saifuddin said PIMM would also serve as a driving force towards development while uplifting the status of the local music industry based on knowledge, instilling the culture of producing high-quality arts and talents, being competitive on the global stage, and monitoring the inflow of foreign songs so as to curb the yellow culture.

He said the ministry was in the midst of appointing the protem committee to initiate the operations and that members of the PIMM board of directors will comprise representatives from the government and the industry.

As a long-term plan, the minister said a Music Industry Corporation Fund would also be introduced to finance the development and performance industry activities which would be initiated in mid-July 2022.

Earlier, Saifuddin held a virtual meet-and-greet with recipients of Digital Music Content Fund who had produced Entertainment From Home to listen to their experience and challenges during this movement control period.