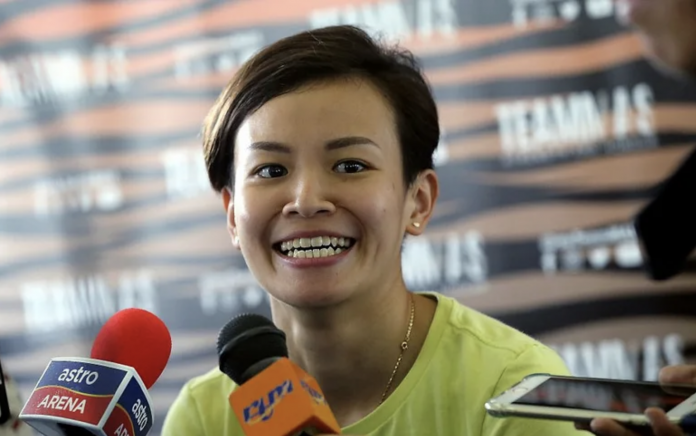 IPOH, July 19 — Even though the Olympic slot came at the last minute, national diver Cheong Jun Hoong is unfazed by various requirements such as taking several COVID-19 tests and other travelling requirements to get ready for her quest to bring honours to the nation.

She said the various challenges have in fact strengthened her resolve to stay mentally strong and focused in the final phase of training before leaving on July 25 with the mission to do her best in the Tokyo Olympic Games.

“I am now undergoing two sessions of training daily with each session lasting four to five hours at the National Sports Council (MSN) in Bukit Jalil six days a week.

“I have to be focused as there is not much time left. I need to prepared mentally as I was just told about two weeks ago that I qualified (for Tokyo Olympics).

“Nonetheless, I will try my best and prioritise my health as the COVID-19 is still quite bad,” said the 31-year-old diver from Perak when contacted by Bernama.

Yesterday, Youth and Sports Minister Datuk Seri Reezal Merican Naina Merican announced the Malaysian Contingent to Tokyo Olympics is targeting to clinch three medals with one of them a gold from three events, track cycling, badminton and aquatic diving.

Jun Hoong said support and prayers by family members who are in Ipoh have help to motivate her for the event starting on Aug 4.

At the 2021 Diving World Cup, Jun Hoong finished the semi-finals of the women’s 10 meter (m) individual platform event in last place, but confirmed a place to the Olympics when she was in the group of 18 best divers of the tournament to fill the slot to Tokyo.

However, on June 23, the International Swimming Federation (FINA) ruled that Jun Hoong was not eligible for Tokyo due to changes in the eligibility rules which saw only 12 quotas allocated for the 2020 Olympics compared to 18 athletes previously.

Jun Hoong, who was then participating in the FINA Diving World Cup in Tokyo, only finished the semi-finals of the women’s 10m individual platform event in 18th (last) position, thus saw her not qualify for the Olympics.

FINA and the International Olympic Council (IOC) later repealed the rule and re -allowed a quota of the best 18 divers to the Olympics.