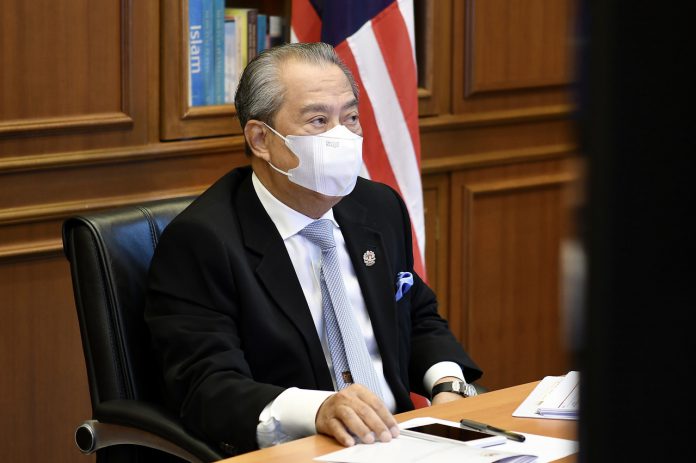 KUALA LUMPUR, July 27 — The e-Land system implemented through a public-private partnership (PPP) arrangement will be expanded to other states after it was proven successful in increasing the quality and efficiency of land administration in Kuala Lumpur.

Prime Minister Tan Sri Muhyiddin Yassin said the system would be expanded to the Federal Territories of Putrajaya and Labuan, as well as Selangor, Terengganu, Pahang, Johor, Kedah, Perlis and Kelantan as it is expected to be fully developed and adopted by 2024 at the latest.

“I was made to understand that the e-Land System concession agreement for the Land and Mines Office of Putrajaya and Labuan will be inked today,” he said when opening the National Land’s Day 2021 celebration theme “Facing Post-COVID-19 Challenges in Land Administration” held virtually today.

Muhyiddin who also launched the expansion of the PPP e-Land System in conjunction with the celebration said since the modernisation initiative in land administration service was implemented in the early 1980s, it has always been fine-tuned and modernised in line with technology development and that the federal government had in 2014 agreed to implement the e-Land System through PPP arrangement.

The e-Land System is an initiative that involves a collaboration between the federal government, state governments and private companies, aimed at standardising land administration in the states based on applicable legislation, reducing bureaucracy and increasing transparency and integrity in land administration.

The Prime Minister said the implementation of the e-Land System would also contribute to the country’s development while increasing revenues for state governments.

“I noted that the e-Land System was first implemented as a pioneer project at the Kuala Lumpur Land and Mines Office in 2017. Throughout the implementation, the system had succeeded in increasing the quality and efficiency of land administration in Kuala Lumpur.

“During the early stage of COVID-19 pandemic in 2020, we have witnessed the e-Land System offering various land-related transactions such as private search, tax payment, transfer application and mortgage application, had been carried out efficiently and safely online,” he said.

Based on the success, he said the PPP e-Land System had been expanded to Perak starting last February and had also shown an excellent performance in land administration.

“According to the Ease of Doing Business report released by the World Bank, Malaysia has improved its position to 12th place in 2020 from the 15th in 2019.

Apart from that, Muhyiddin said the e-Land System had also gained international recognition in 2018, namely through the Gold Award for Public Sector at the ASEAN ICT Award 2018 held in Indonesia.

“I hope that the expansion of the e-Land System will have a positive impact in further increasing Malaysia’s productivity in the eyes of the world and in turn, will attract foreign investors to increase their investments in the country,” he said.

The Prime Minister also stressed that at the federal government level, all current land policies and legislation would always be reviewed and updated so as to be in line with the passage of time and the needs of the customers, especially the general public.

“Inclusive digitisation of government services across every aspect is one of the government’s key agendas in achieving the Shared Prosperity Vision (WKB) 2030.

“This approach is in line with the government’s aspiration to continue providing the best service to all levels of society in any situation,” he said.

The National Land’s Day celebration is held on July 27 every year to appreciate the contribution of land administration staff throughout the country.