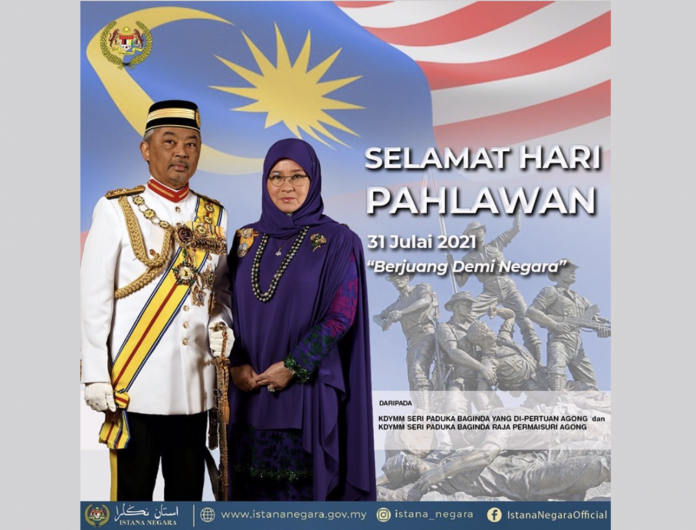 Istana Negara, through its official Facebook today, said that Their Majesties also expressed their appreciation to the ATM and PDRM members, especially those serving on the front line, for their sacrifices in helping to contain the spread of COVID-19.

“As the Head of State and Supreme Commander of the Malaysian Armed Forces, His Majesty highly commends and expresses his appreciation for the services and sacrifices made by the army personnel in protecting the sovereignty and security of our beloved country,” it said.

Al-Sultan Abdullah and Tunku Azizah also expressed their gratitude to families of army personnel who were killed while on duty and in protecting the country’s sovereignty and security.

Their Majesties prayed that their souls be blessed by Allah SWT and be placed with the pious, it said.

July 31 is observed as Warriors’ Day annually to mark the end of the 12-year Emergency in the fight against the communist in 1960.