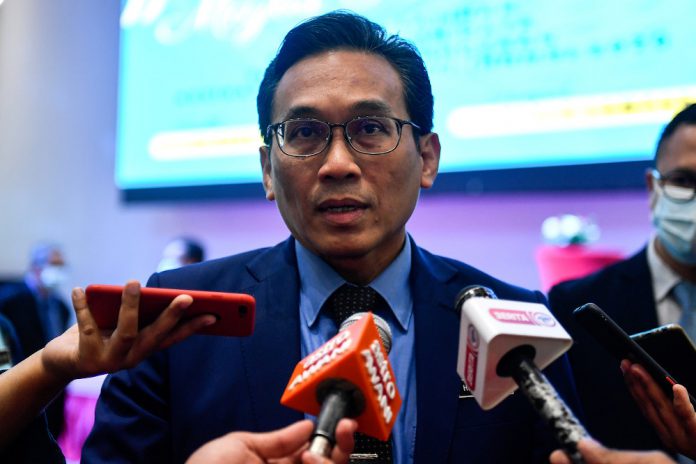 To date, he said a total of 4,761 out of 246,242 Health Ministry (MOH) employees who were fully vaccinated had been infected with the virus.

“These staff work in conditions where the risk of infection is very high, so the infection can still occur even after they have completed both doses of the vaccine.

“The only difference is that the complete vaccination of these health workers who are exposed to the infection daily, can protect them from getting severe infection and falling into a serious category,” he said during a virtual presentation on COVID-19 vaccine with the media.

“We want the same situation for all the people…if vaccinated people get infected with the COVID-19 virus, they will be protected from getting serious disease,” he said.

Meanwhile, he said Labuan, which had previously recorded a high number of COVID-19 positive cases, now saw only two patients in the ICU after the vaccination process in the Federal Territory was ramped up.

“Likewise, we saw the same trend in Sarawak where currently less patients are being admitted to the ICU and its vaccination rate is coming up,” he said.

He also hinted that some leeway, including interstate travel would be given if the country managed to achieve herd immunity which is expected in October this year.

Dr Hishamshah said in some foreign countries, when a person has been fully vaccinated and the country is close to achieving herd immunity, the person is likely to be able to do inter-state and inter-district travels.

He said the country needs to return to normalcy, where the people can at least move around, regain their livelihood and socially interact amidst new norms, adding that this would be only possible if Malaysia’s vaccination rate is high.

However, he said the number of new cases would not drop sharply and would remain constant for the next several days, but believes that with increasing vaccination rates and the people’s adherence to the standard operating procedures (SOP), the COVID-19 infection chain would be broken.

Meanwhile, Dr Hishamshah said the MOH was planning to make Malaysia a self-sufficient country in vaccine development so that it would not have to depend on vaccines produced by foreign countries.

Dr Hishamshah said the MOH expects that the country to achieve a vaccination rate of 40 per cent for the first dose within this week.

He said it was based on the enhanced and strengthened vaccination capacity so that more than 500,000 doses could be administered nationwide in a day.

“We can say that we have done relatively well, despite that, we need (to) also acknowledge that early on the National COVID-19 Immunisation Programme (PICK) we are a bit slow but it’s not because of our hesitancy to vaccinate but it’s because of supply issue at that time, and even now the vaccine supply is very much inadequate for the whole world.

“However, now if you compare Malaysia and our neighbours and also the rest of the world, including Australia and Japan in terms of vaccination rates per capita, the recent Our World in Data website shows the rates in Malaysia is actually the highest,” he said.

He said the country wanted to further increase its vaccination capacity but it depended heavily on the supply from around the world which had not yet reached the expected level.