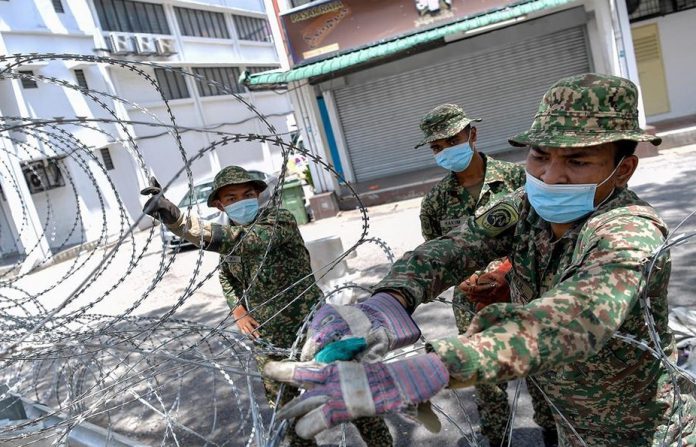 KUALA LUMPUR, Aug 1 — A total of 21 localities in Terengganu have been subjected to the Enhanced Movement Control Order (EMCO) from Aug 3 to 16.

Apart from that, he said Kampung Tagibang, Kota Marudu and the Ladang Hibumas 2 housing area in Mukim Sungai-Sungai, Beluran in Sabah were also subjected to the EMCO from Aug 3 to 16.

Meanwhile, Hishammuddin said the EMCO in Kampung Lepah and Kampung Alor Hijau in Pasir Puteh, Kelantan, as well as four localities in Sabah, which were scheduled to end tomorrow,  would be extended until Aug 16.

In the meantime, he said several EMCOs in Perak, Sabah and Pahang would end tomorrow according to schedule.

He said a total of 207 individuals were compounded for violating the SOP and 28 others were remanded, while under Op Benteng, two illegal immigrants were arrested and five land vehicles were seized.

He added that a total of 890 roadblocks had been implemented nationwide yesterday.

COVID: 27,000 CanSino vaccine doses to be administered in Sandakan