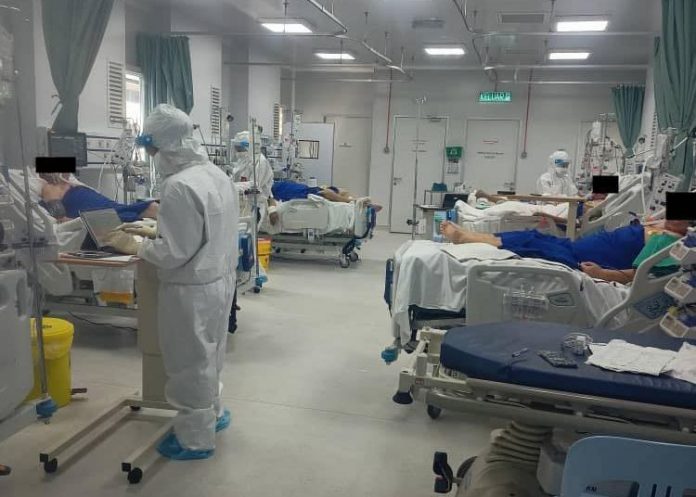 KUCHING, Aug 1 — The number of COVID-19 cases requiring intensive monitoring and treatment at the hospitals in Sarawak is less now following increased coverage of the National COVID-19 Immunisation Programme in the state.

Sarawak Health Department director, Datuk Dr Mohamed Sapian Mohamed said the number of category four cases (having pneumonia and requiring oxygen support) and category five cases (critical and needing ventilators) has dropped from an average of 268 per day in June to 150 in July this year.

He said the number of cases requiring critical treatment had also gone down from an average of 83 per day in June to 45 in July.

“Meanwhile, the number of fatalities from COVID-19 had also dropped from 108 in June to 45 in July,” he said in a statement, here, today.

Dr Mohamed Sapian also said that up July 31, Sarawak had achieved a high level of COVID-19 inoculation at 86.7 per cent among its adult population for the first dose and 66.6 per cent for the second dose.

“By the end of this August, it is expected that 70 per cent of Sarawak’s population would have completed the inoculation,” he added.

King, Queen call on Muslims to be patient in celebrating Aidiladha