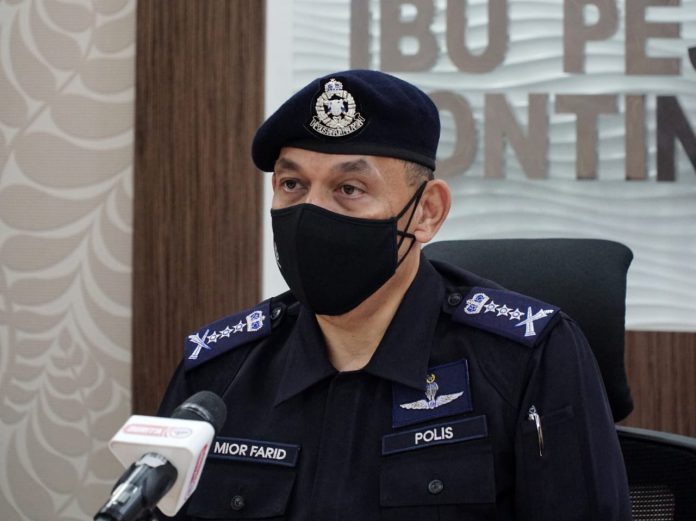 IPOH, Aug 1 — The investigation paper related to an incident where a helicopter landed at the Ipoh Padang to pick up 36 packs of nasi ganja ordered by a customer from Kuala Lumpur on July 23, has been submitted to the Perak Prosecution director.

“I understand that the investigation paper will also be referred to the Attorney-General’s Chambers for further instructions. Currently, we are waiting for their decision (for prosecution),” he said when met by the media at the Perak state-level Fly Jalur Gemilang 2021 Campaign, at the vaccination centre (PPV) at Indera Mulia Stadium here today.

He said that, as of now, no other party would be called to testify on the case other than five individuals, including a person with the title of Datuk.

“The investigation was carried out as a result of the recording of the statements of five individuals, including the complainant, an Ipoh Town Hall staff member; the restaurant operator and three others,” he said.

He was previously reported to have said that a 52-year-old man with the title of Datuk was among three individuals, apart from the pilot, 46, and the man making the order, 62, whose statements were recorded by his officer at the Petaling Jaya district police headquarters, Selangor, on July 27.

In another development, he said that the police would also conduct an investigation under Section 269 of the Penal Code against a company that organised the distribution of durians for free under the Jalan Temenggong flyover, Parit Buntar on July 30.

He said that the programme should not be organised, especially at a time when the spread of the COVID-19 pandemic was still at an alarming level.

“As stated by the Home Minister, Datuk Seri Hamzah Zainudin, yesterday, we suggest that if people want to give free durians, then distribute the fruits from house to house, do not organise distribution just like that because there is no physical distancing,” he said.

On Friday, there were pictures and videos that went viral on social media, showing people queueing without complying with physical distancing, to get durians distributed for free by a company under the Jalan Temenggong flyover, Parit Buntar.

AKSEM to be placed under PDRM – Hamzah