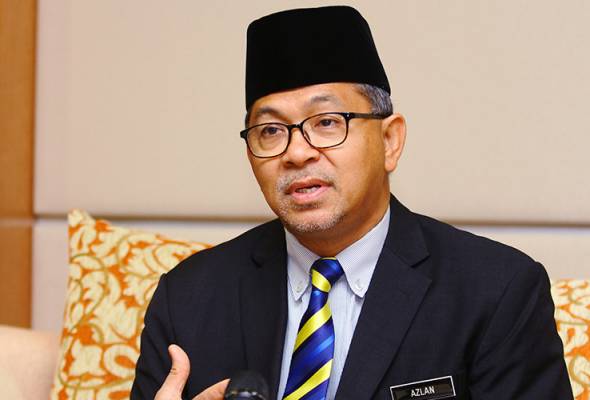 KANGAR, Aug 2  — The support and cooperation shown by citizens in Perlis towards government efforts to curb COVID-19 and a strict compliance of the standard operating procedure (SOP) were key factors in the state’s successful transition to Phase Three of the National Recovery Plan (PPN), Perlis Menteri Besar Datuk Seri Azlan Man said.

According to the Royal Malaysia Police (PDRM) report, the state recorded the highest level of SOP compliance, in excess of 97 per cent.

“This success is due to the effort of the general public, frontliners, political parties, non-governmental organisations (NGOs) and civil servants in the state who have worked so hard to bring Perlis to Phase Three of the PPN,” he said when contacted by Bernama today.

Azlan was commenting on prime minister Tan Sri Muhyiddin Yassin’s announcement that Perlis, Sarawak and the Federal Territory of Labuan would be moving to Phase Three of the PPN this Wednesday.

“Everyone has played their part….everyone is the hero here,” he added.

He advised the people in Perlis not to be complacent with this success but to continue to comply with the SOP set by the government in the fight against COVID-19.

“We have to learn how to live with COVID-19 because it will always be out there.

“We need to learn to adapt our way of life by complying with the SOP set as our new norms to avoid being infected,” he said.

Meanwhile, everyone in Perlis is celebrating the news as a victory for those in the state.

Civil servant Norhafizah Saidin, 50, when contacted said that this success was a joint effort by the public in complying with the SOP all this while.

“Thank you Menteri Besar and the frontliners, especially the police, who have worked so hard for the sake of the people in this state,” the mother of one said.

A restauranteur who wished to be known only as Yana also shared her joy and hoped that the food and beverage sector would experience a resurgence following this development.

“I was barely surviving on my income previously….God willing, when the public is allowed to dine-in at shops, we will be able to recoup,” she said.