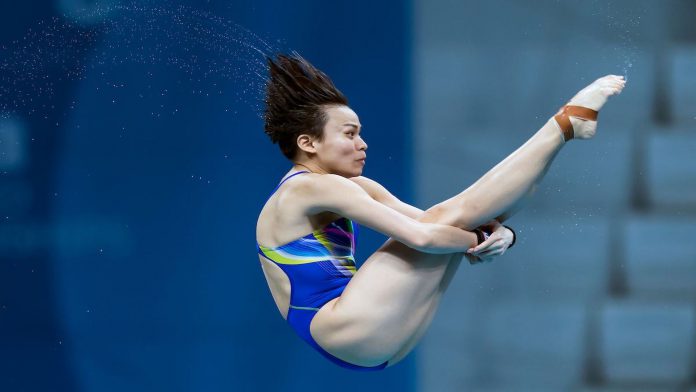 He described the 2017 world champion as the darkhorse in the event, which will also see Pandelela Rinong competing.

For the record, no Malaysian diver has beaten the mighty Chinese divers to the gold medal on the world stage except for Jun Hoong, who achieved the remarkable feat when she won the women’s 10m platform individual event at the 2017 World Championship in Budapest, Hungary.

“In my view, we have Cheong, Pandelela and track cyclist Datuk Azizulhasni Awang who are our remaining medal prospects. As for the colour of the medal or medals, we leave it to fate,” he told reporters during his visit to the Universiti Teknologi Mara Shah Alam vaccination centre (PPV) today.

He also said that Azizulhasni had set his own benchmark of winning gold at the Tokyo Olympics, with the cyclist set to compete in the sprint and keirin events.

The three-day sprint event will begin Wednesday (Aug 4), followed by keirin on Aug 7-8.

“So, he is, alhamdulillah, confident and calm (as) it is his fourth Olympic outing. He will deliver his best. InsyaAllah, he will our first Olympic gold medal,” he said.

Wan Ahmad Fayhsal, who is also Angkatan Bersatu Anak Muda (Armada) chief, said more Armada members in Selangor and Kuala Lumpur would be mobilised for the #Misi100 jam (100-Hour Voluntary Service Mission) to achieve a surge in vaccination capacity in the Klang Valley, including ensuring senior citizens and persons with disabilities (PwDs) are provided with transportation services from their residences to the PPVs.

He said that the voluntary service mission launched by Armada in May also functioned as a social service mission involving 5,000 of its members nationwide in a bid to increase the capacity of volunteers in PPVs throughout the country.

COVID-19: All foreign tourists and visitors barred from entering Malaysia under...