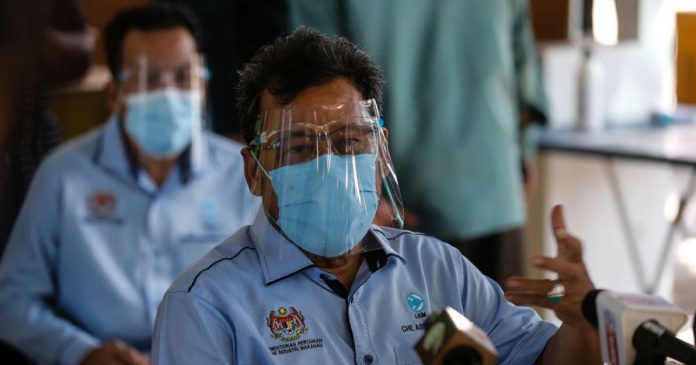 KOTA BHARU, Aug 4 — The agriculture sector contributed 1.1 per cent to the gross domestic product (GDP) in the third quarter of last year.

Agriculture and Food Industry Deputy Minister II Datuk Che Abdullah Mat Nawi said it was a positive value even though the country’s GDP contracted due to the economic uncertainty caused by the COVID-19 pandemic.

“The challenges faced by the agriculture sector, (including) to remain consistent in food production, especially in the current situation in the country, are undeniable.

“However, with the government’s efforts and the cooperation of all responsible parties, the situation has always been under control,” he said after launching the myGAP Non-Food Crop (myGAP.TBM) programme at Kelantan Agriculture Department headquarters in Lundang here today.

On the myGAP.TBM programme, Che Abdullah said it was aimed at benefitting more non-food crop entrepreneurs through the myGAP.TBM certification.

“For example, the floriculture industry, ornamental plants and flowers such as palm trees, flowering plants, landscape grass and so on. With this certification, it will facilitate access to the international market.

“For the initial stage, we are targeting a total of 200 non-food crop entrepreneurs who have been registered under the Plant Material Certification Scheme, including entrepreneurs in Cameron Highlands, to obtain this certificate by the middle of next year,” he said.