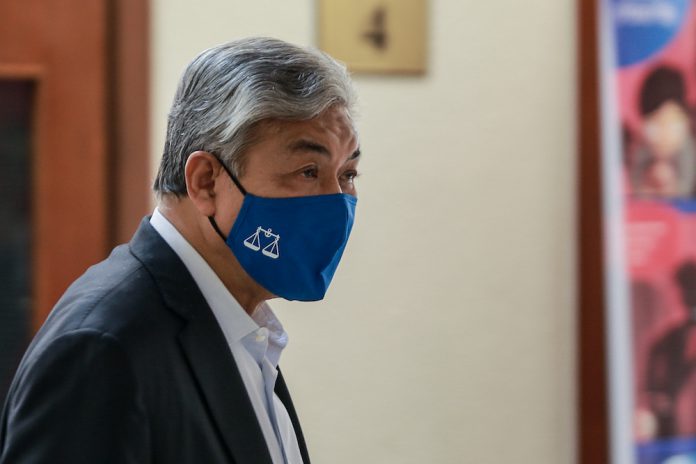 Ahmad Zahid’s lawyer Hamidi Mohd Noh, when contacted by Bernama today said the hearing was postponed due to the temporary closure of his office after several staff there tested positive for COVID-19.

“I made the application (to postpone the proceedings) to the court on Aug 2 because of the difficulty in accessing the trial documents at the office. The court has allowed the postponement.

On March 19, the prosecution closed the case after calling 99 witnesses to testify.

Ahmad Zahid, 68, is facing 47 charges – 12 on criminal breach of trust, eight on corruption and 27 on money laundering – involving tens of millions of ringgit belonging to Yayasan Akalbudi.

5,355 individuals returned from abroad since July 24