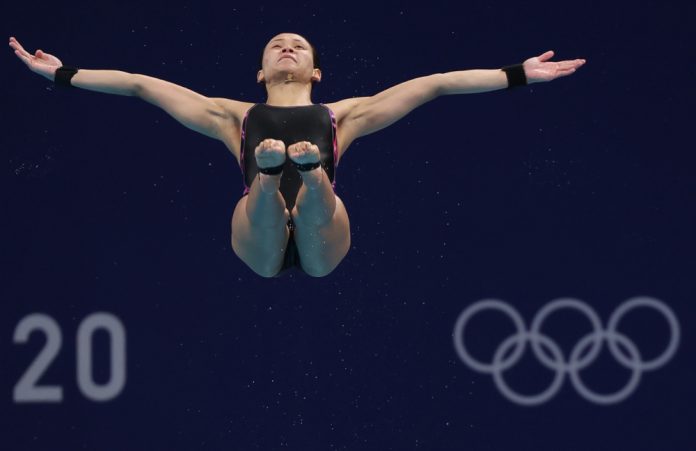 The 28-year-old could not hold back her tears as she gave thanks for having the opportunity to take on 17 other divers in the semi-finals, which will be held at 10 am local time (9 am Malaysian time) Thursday (Aug 5).

Pandelela said that after her fifth and final dive, she could not sit still knowing there was a chance she could still miss out on the semi-finals as her overall position kept changing since there were a few others who had yet to complete their dives.

“Thank God and thank you everyone who prayed for me (to qualify for the semi-finals),” she said when met after her event.

Pandelela, who won a bronze in the event at the 2012 London edition, amassed 284.90 points from five dives to be placed 18th.

Pandelela, who also won the 2021 Diving World Cup gold medal at the same venue in May, enjoyed a good start with 72.0 points to be ranked fourth. However, her performance took a nosedive in the next three rounds as her scores went down to 60.90 in the second round, 52.80 in the third and a paltry 28.80 in the fourth.

Luckily for her, she managed to get back into her groove to score 70.40 points in her fifth and final dive to finish among the top 18 divers.

“I felt like I was going to have a heart attack, it was suspenseful today. My position kept changing and I only qualified in 18th spot,” said Pandelela.

The diver, who was pleased with her first three dives, said she couldn’t control her movement on the fourth dive as she had jumped too high.

“During competitions, anything can happen if we are too excited. I did what I had to do but I jumped higher than I normally would during my fourth dive, so I could not control my movement.

“Luckily in the fifth dive, I managed to make amends,” she added.

Meanwhile, another national diver, Cheong Jun Hoong’s Tokyo Olympic mission ended in dismal fashion after she came in 26th position out of 30 divers with 251.80 points.

Jun Hoong said that although she failed to make the semi-finals, she was still proud of being able to compete in the Tokyo Olympics.

The 31-year-old from Perak said she had faced numerous challenges en route to competing in Tokyo, including only being informed that she was able to compete in the Tokyo Olympics by the International Swimming Federation (FINA) in June.

“It’s not easy to get to compete in the Olympics. In fact, the last two, three years have been a tough journey for me following my injury. To make matters worse, one minute my name was on the list (for the Olympics) and then it’s not… it’s only at the last minute I found out that I would get to compete here.

“So, I actually did not have much time to prepare for this Olympics. Anyway, this is the best I could do and no one is to be blamed. I gave it my best and did not give up until the end,” said the 2017 world champion.