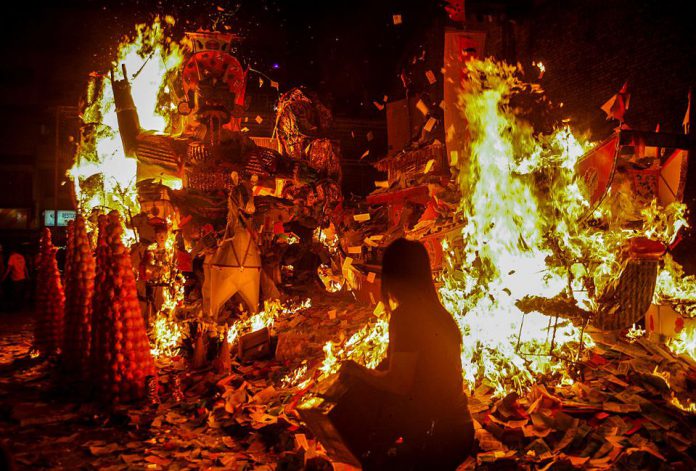 PUTRAJAYA, Aug 5 — Religious ceremonies for the Zhongyuan or Yulanpen festival observed by Buddhists and Taoists are allowed to be held at houses of worship from Aug 8 until Sept 6 in compliance with the set standard operating procedure (SOP), said the National Unity Ministry.

In a statement today, it said the SOP differs depending on the phases in the National Recovery Plan (PPN).

For Phase Two of the PPN, religious activities are allowed but attendance at the houses of worship is limited to only 12 people including the committee members. The permitted operation time is from 6 am to 2 pm and from 4 pm to 8 pm.

For states under Phase Three of the PPN, attendance at houses of worship other than Muslim is limited to 50 per cent of the capacity of the prayer area. The permitted operational time is from 6 am to 2 pm and from 4 pm to 10 pm.

The states under Phase One are Johor, Melaka, Negeri Sembilan, Federal Territories of Putrajaya and Kuala Lumpur, Selangor and Kedah.

The ministry said the Zhongyuan or Yulanpen festival celebration is permitted in residential compounds on Aug 21 and 22 subject to regulations such as types of accommodation.

For landed houses, the celebrations can be held in the compounds of the houses with the involvement of family members staying in the same house only.

For strata residential houses, the celebration is allowed in designated areas and limited to the participation of a maximum of 10 people at any one time, with the agreement and supervision of the strata management authorities, it added.