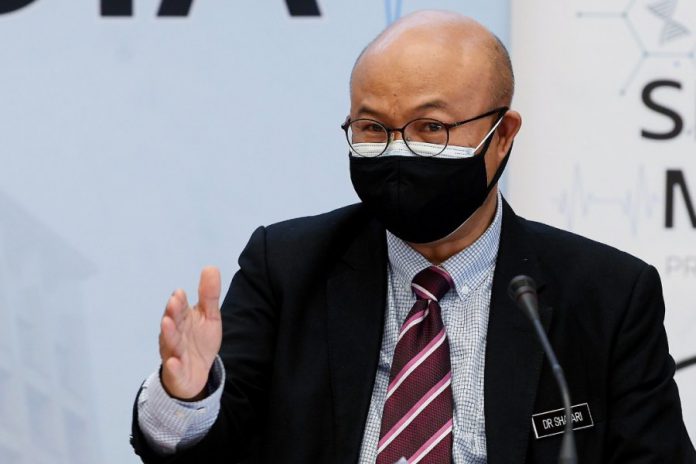 He said the sector recorded 96 clusters, which is 54 per cent of the overall total, during that period, followed by the service sector, with 22 clusters (12 per cent), and the construction site sector, with 18 clusters (10 per cent).

“There were nine community clusters reported (five per cent). But all the clusters were recorded before the Hari Raya Aidiladha celebration on July 20,” he told a press conference on the development of COVID-19 here today.

Asked about infections in the manufacturing sector, which triggered community transmission, Dr Sha’ari said it was irrelevant because the transmissions occurred in workers’ hostels and quarters.

“Checks on factories found that the standard operating procedure (SOP) compliance level is very good. But workers should also abide by the SOP after work to reduce the risk of COVID-19 transmission,” he said.

Explaining the situation in Selangor, Dr Sha’ari said a total of 65 per cent of the cases were asymptomatic while between 30 and 35 per cent were symptomatic cases, with most of them in Category Three.

Category Three refers to cases with pneumonia but not requiring oxygen.

He said close contacts were the biggest contributors to the current situation in Selangor, at 40 per cent, followed by symptomatic cases (22 per cent), workers (20 per cent) and non-workers (14 per cent).

He explained that the surge in cases in Selangor before the start of the Hari Raya Aidiladha on July 20 was in line with the increased number of the COVID-19 screening tests conducted in the state.

“The increase in screenings was due to the widespread awareness among the people in Selangor to immediately undergo tests, with 85 per cent of the tests conducted in private facilities,” he said.