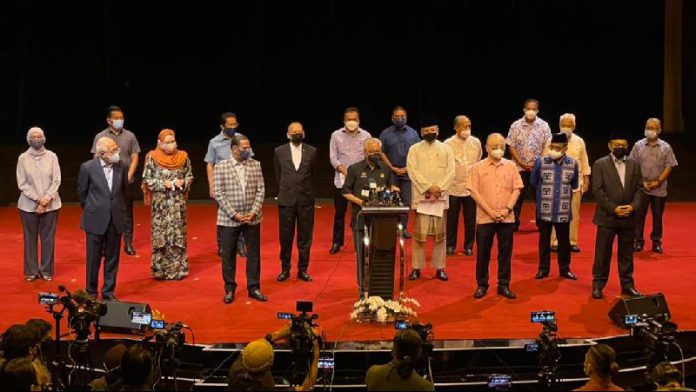 KUALA LUMPUR, Aug 6 — The support of 31 Barisan Nasional (BN) MPs for Prime Minister Tan Sri Muhyiddin Yassin expressed today, could help establish a ‘political truce’ while waiting for the Dewan Rakyat to convene next month, according to analysts.

Universiti Teknologi Malaysia (UTM) political analyst and geostrategist Assoc Prof Azmi Hassan said the support also enabled the country to continue to focus on fighting the COVID-19 pandemic, as UMNO and BN MPs who were part of the administration could discharge their duties without political pressure.

“Several important portfolios (related to the COVID-19 pandemic) are held by UMNO, namely the Security Cluster and three ministries, namely Health; Foreign Affairs as well as Science, Technology and Innovation.

“These are the portfolios that will determine the phased roadmap for the country to emerge from the COVID-19 pandemic,” he said when asked to comment on Deputy Prime Minister Datuk Seri Ismail Sabri Yaakob’s statement today that 31 MPs from BN had chosen to continue supporting the Perikatan Nasional (PN) government until its legitimacy is determined in Parliament.

Azmi said if the UMNO ministers resigned as directed by their party president, efforts to restore the country from COVID-19 would be affected, as even if the Prime Minister could appoint new ministers to hold the portfolios, it would still cause some stagnation.

He said in the current situation, no one should allow any efforts to weather the COVID-19 pandemic to stop for even a short while, as it was the people’s hope that the country could get out of the predicament by staying united.

Prime Minister Tan Sri Muhyiddin Yassin in a special address on Wednesday said he had informed Yang di-Pertuan Agong Al-Sultan Abdullah Ri’ayatuddin Al-Mustafa Billah Shah that he would determine his legitimacy as Prime Minister in Parliament by allowing a motion of confidence in him to be tabled in the next sitting in September.

Muhyiddin said in that way, his position as Prime Minister and that of Perikatan Nasional (PN) as the ruling government would be determined in accordance with the law and the Federal Constitution.

Meanwhile, Prof Dr Zaid Ahmad from the Department of Government and Civilisation Studies at Universiti Putra Malaysia (UPM), when contacted by Bernama Radio, said he hoped that ‘politicking’ would reduce following the press conference by the Deputy Prime Minister and BN MPs today.

According to him, the government currently holds a huge responsibility to deal with the pandemic in the country.

“It is hoped that no rallies will be held during this period until Parliament convenes. At that time, each Member of Parliament can state their stand (at the sitting),” he said.

“The people are already burdened in various ways and forms not only because of COVID-19, but also the economy. A competent national leadership must be given priority for long-term achievements,” he said.

Sarawak to allow dine-ins from Friday

MySejahtera can be expanded to become Super App – Saifuddin