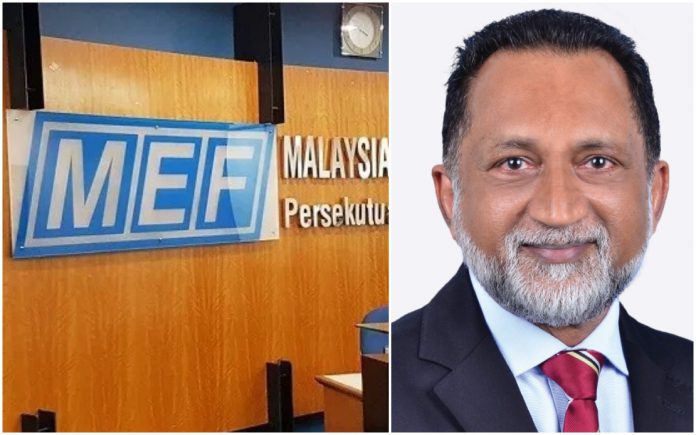 KUALA LUMPUR, Aug 8 — The Malaysian Employers Federation (MEF) has asked the government to allow businesses within the states to resume operations with strict compliance to the standard operating procedures (SOPs) while the movement control order (MCO) restrictions on interstate travel remain enforced.

President Datuk Dr Syed Hussain Syed Husman urged the authorities to open up all economic sectors in the areas within the state borders as this would allow the businesses and the economy to recover, as well as revitalise the job market.

“We cannot wait to move to Phase 2 or 3 of the National Recovery Plan based on the number of daily COVID-19 infections because the more screenings are conducted, the positive results will increase accordingly. That is normal as it is already endemic in our community and we must accept this as reality.

““Therefore, we urge the authorities to allow all non-essential sectors to open, including sports, barber shops and salons, but excluding the night entertainment industry. And those who have received two doses of the vaccines should be rewarded by allowing them to dine-in at restaurants,” he said in a statement today.

Syed Hussain said the MEF supported the Ministry of Health’s (MoH) position not to ease restrictions prematurely out of concerns for the Delta variant that was the current dominant strain of COVID-19 cases in the country.

Alarmed by the emergence of the Delta variant, he said the MEF had advised employers to be more vigilant in pretecting their employees, including those who had received two doses of COVID-19 vaccines.

“The National Covid-19 Immunisation Programme has done well to encourage the public to be inoculated but this does not mean those vaccinated cannot be infected.

“We are also concerned about other variants such as Alpha, possible Zeta, Delta Plus, Lambda and other unknown variants that have been detected in various parts of the world,” he said.

Syed Hussain said except for the red zones, travel within the states should not be restricted, while interstate travel should be the last restriction to be removed.

Even though all non-essential sectors are reopened, he said the government could isolate the spread of infections by studying the patterns.

While supporting the MoH’s position in safeguarding the health of employees, including those vaccinated he said, “We also need to reopen the economy for livelihoods to normalise.”

BN should give priority to grassroots voice