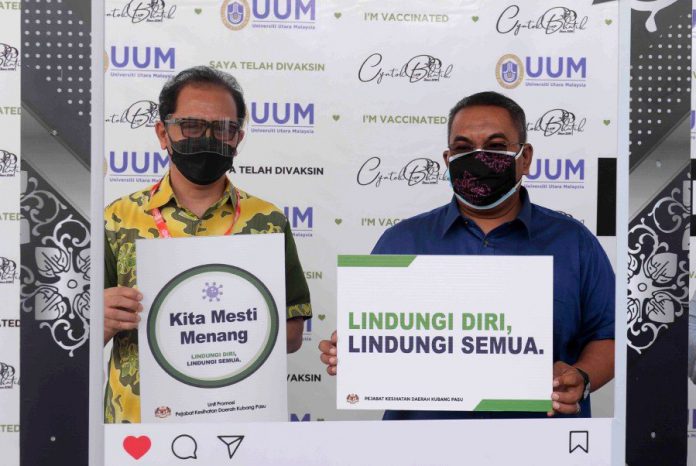 SINTOK, Aug 7 — Kedah Menteri Besar Kedah Muhammad Sanusi Md Nor has apologised for his joke on freezer containers to hold corpses of COVID-19 victims that has since gone viral on social media.

Muhammad Sanusi said the joke was meant for reporters whom he described as ‘family members’ in the course of his career.

“I would like to clarify that I was joking with the reporters but the joke sounded as though it was generally meant for everyone. If there are those who were offended by it, I would like to apologise,” he told reporters after the opening of the Universiti Utara Malaysia Outreach Vaccination Center (PPV) here today.

Muhammad Sanusi said since yesterday, he had received a lot of criticism on the issue, but he considers them (criticism) as part of his career.

A video clip of the Menteri Besar saying “anyone wants to submit their names if the body containers are sufficient” went viral, drawing heavy criticism on social media.

The statement was made during a media conference after the opening of the Amanjaya Sports Arena Mega PPV in Sungai Petani yesterday.

COVID: Young people with medical problems given priority for vaccination