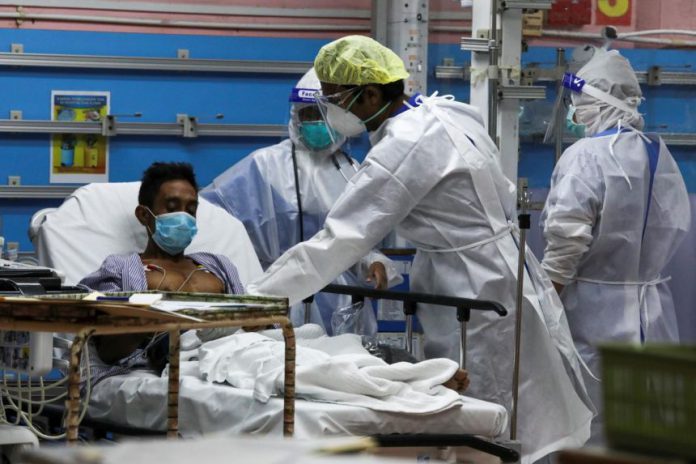 KUALA LUMPUR, Aug 7 — The number of new hospital admissions for symptomatic COVID-19 cases will be used as a new phase transition indicator for states that are still in Phase One of the National Recovery Plan (PPN).

However, PPN Coordinating Minister Tengku Datuk Seri Zafrul Tengku Abdul Aziz said the indicator would only replace the existing indicator (the number of new daily COVID-19 cases) when at least 50 per cent of the adult population in the states is fully vaccinated.

He said the decision was made during a special National Security Council (MKN) and National Recovery Council (MPN) meeting chaired by Prime Minister Tan Sri Muhyiddin Yassin this week.

Tengku Zafrul said the decision was also made based on the advice of health experts as well as international and domestic experience, with the observation that the COVID-19 transmission risk decreased with increased vaccination rate of the adult population.

“The benchmark for symptomatic cases used is based on daily hospital admissions for the total number of patient cases in categories three, four and five,” he said in a statement today.

Tengku Zafrul said the nationwide threshold value for the number of symptomatic cases for the transition from Phase One to Phase Two was 2,000 cases per day (6.1 per 100,000 population).

For a transition from Phase Two to Phase Three, he said the threshold value was 1,000 symptomatic cases per day (3.0 cases per 100,000 population).

Tengku Zafrul who is also Finance Minister said the assessment for the transition from one phase to the next, it was still subject to all indicators, including the utilisation of intensive care unit (ICU) capacity and the vaccination rate of the adult population.

“For example, when the Klang Valley, Johor, Negeri Sembilan, Kedah and Melaka which are still in Phase One reach at least a 50 per cent full vaccination rate of the adult population, the case indicator that will be used is new hospital admissions for symptomatic cases.

“The states can only move to Phase Two if they achieve the threshold value of symptomatic new hospital admissions (6.1 per 100,000 population) and a moderate level of ICU utilisation capacity,” he said.

Tengku Zafrul added that this decision was also made after risk of transmission was found to be under control in Sarawak and Labuan, with a significant reduction in symptomatic cases and those requiring treatment in ICU.

“Although Sarawak and Labuan faced full ICU ward capacity in June, the utilisation decreased to an ‘adequate’ level after the vaccination rate reached 50 per cent in July,” he said.

Tengku Zafrul said the risk assessment to consider the opening of economic and social activities will be more accurate if it was made based on the number of symptomatic cases of categories three, four and five, compared to by referring to the number of new daily cases.

“For example, although new daily cases in Sarawak reach 400 a day, the number of new patients in Categories three, four and five is less than 10 patients or two per cent of daily cases.

“Countries like the United Kingdom have also taken an approach that focuses on the symptomatic case rate and have continued to allow the opening of economic and social activities based on its risk assessment, namely the number of symptomatic cases is low even though the new cases are still high,” he said.

Tengku Zafrul Since the announcement of the PPN, the government has emphasised that the PPN must be dynamic in nature, where all approaches taken are based on data and science.

“This includes setting indicators and threshold values ​​for phase transitions. The use of this new indicator value will be able to improve risk assessment in considering the opening of economic and social activities in the context of the transition phase of PPN,” he said.