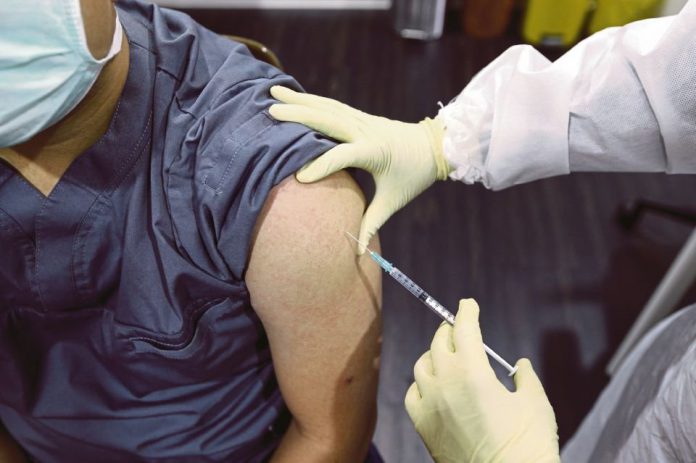 BAGAN SERAI, Aug 8  — The Health Ministry is conducting an investigation into a claim that a staff had made a mistake during vaccine administration at a vaccination centre (PPV) in Sik, Kedah last Thursday.

Deputy Health Minister Datuk Dr Noor Azmi Ghazali said even though no report has been lodge, the ministry views this as serious and is waiting for a report from the Kedah State Health Department (JKN).

“I heard about it from the media and I believe an investigation is underway. We need to look into this because staff must be careful when administering vaccine doses, check the vial  and show the vaccine type to be administered to the recipient, we cannot afford to make a mistake,” he told reporters when met at the Dewan Datuk Zainal Abidin Zin  PPV in Bagan Serai here today.

He said this in reference to a claim by a woman that her mother was given the wrong vaccine for the second dose at the Dewan Al-Hana PPV in Sik last Thursday.

The woman, Nur Jannah Ramli, 30, reportedly said her mother Melur Ahmad, 58, from Kampung Selamat B, was given the Sinovac vaccine for her second shot when she had received the Prizer vaccine for her first shot.

Dr Noor Azmi said while he appreciates and understands that health workers have to vaccinate hundreds of people, they must also be careful in carrying out their duties.

According to him, mixing of the Pfizer and Astrazeneca vaccines has been implemented in the United Kingdom and it was reported to have no adverse effects based on studies.

“We have not adopted this approach of mixing different kinds of COVID-19 vaccines in the country but we are now studying if we should consider a third dose,” he said.

Meanwhile, Dr Noor Azmi also donated an oxygen cylinder to a neurological disorder patient Nor Qaseh Raudah Abdul Rahim, nine, who has been dependent on oxygen delivery since birth, due to brain damage caused by insufficient oxygenated blood flow.