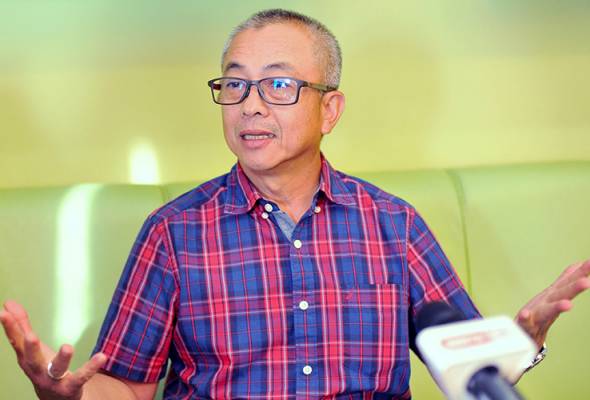 LABUAN, Aug 10 — Hundreds of Sabahans on this duty-free island are still yearning for an opportunity to meet their spouses on the mainland although the relaxation of travel restrictions for married couples came into force today.

Most of them are civil servants working in various government agencies here and only a small number are workers in the private sector.

Labuan Member of Parliament Datuk Rozman Isli said it was high time for the Sabah government to loosen its standard operating procedure (SOP) for travellers from Labuan to enter Sabah.

The Sabah Disaster Management Committee should review its interstate travel SOP for people from Labuan as the island had achieved herd immunity with over 80 per cent of its adult population fully vaccinated against COVID-19 and its infectivity rate was low, he said.

“There is no necessity for interstate travel special approval (via online application) from the committee, which takes a long time to approve. The expensive Polymerase Chain Reaction (PCR) test (to enter Sabah) should be replaced by the RTK-Ag test,” he told Bernama today.

He said although Labuan is a federal territory under the federal government’s administration, the island is still heavily dependent on Sabah’s resources especially food supply.

“Thousands of Sabahan are living on this island, be it for work or staying with relatives. Therefore, on behalf of the local folks and the married couples living apart, we are requesting the Sabah government to relook the interstate travel SOP,” Rozman said.

Jeffrey Nian, a staff member of the Labuan Information Department, said he had not seen his wife and children for four months now.

“I was happy to hear the relaxation on inter-district and interstate travel for married couples living apart, as announced by the Prime Minister on Sunday.

“Unfortunately, it does not apply to Sabah; it means I’m still unable to travel to meet my wife on the mainland. I hope the Sabah government can consider the plight of Sabahans in Labuan,” he said.

Khairul Idin, a journalist with Wilayahku, said he had been living apart from his wife in Sandakan since April.

“I sent my wife back to Sandakan for confinement after she delivered our first baby. At that time the interstate travel restriction to Sabah was a bit relaxed.

“But now we totally cannot meet as the SOP to enter Sabah is too strict for travellers from Labuan. Sad to say, I was able to spend only a few days with our new-born baby before they returned to Sandakan,” he added.

PPN: Threshold indicator value for new cases may be reevaluated –...