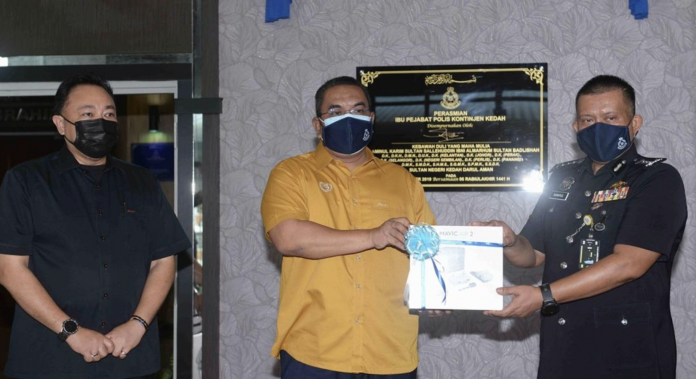 ALOR SETAR, Aug 11 — Kedah police have received four drones and 20 mobile air-conditioners from the state government to ease the tasks and boost comfort of its personnel during the COVID-19 pandemic.

“Currently, drones are being used over the EMCO areas such as Bukit Malut in Langkawi and the  Pendang Hospital construction site, as well as in ‘Op Bantu’ in Yan and Kulim districts.

“The drones can also help police detect criminals from above,” he said after the handing-over of the equipment worth RM50,000 by Menteri Besar Muhammad Sanusi Md Nor at the Kedah state police contingent headquarters, here, today.

Kamarul Zaman said the mobile air-conditioners received would be placed at the roadblock enclosed tents which could be very warm inside during the day time.

“So, with these air-conditioners, they can also pray and rest in comfort, thus providing a conducive situation while carrying out their duties,” he added in thanking the state government for the contribution.