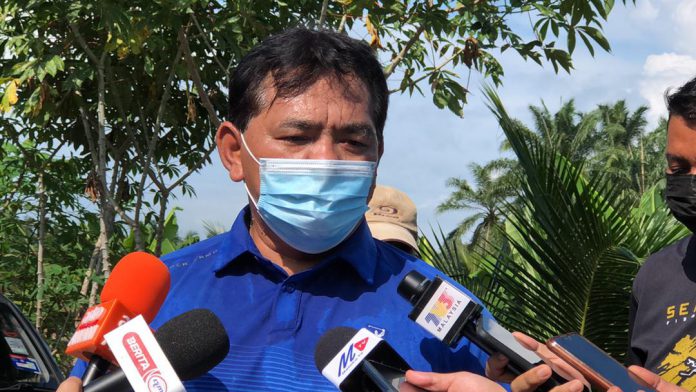 MELAKA, Aug 10 — The state government is targeting Melaka to move to Phase Two of the National Recovery Plan (PPN) by the end of this month based on the new threshold value indicators.

State Health and Anti-Drug Committee chairman, Datuk Rahmad Mariman said among the criteria taken into consideration was achieving at least 50 per cent of the adult population with two-dose vaccination.

He said Melaka needed at least 15 per cent more residents to meet the target after 35.3 per cent of the residents completed their two-dose vaccination as at yesterday while 62.6 had received their first dose.

“In a National Security Council (MKN) meeting, the new threshold values decided included the number of cases in categories three, four and five admitted to hospitals must be below 12.2 cases per 100,000 population.

“It also took into consideration the daily case reading for a week compared to total daily cases, cases in intensive care unit and vaccinating 10 per cent of residents to move to PPN Phase Two,” he told reporters after attending a programme to distribute tapioca and rambutans to residents in Kampung Bukit Nibong, Paya Dalam, here today.

Recently, PPN Coordinating Minister Tengku Datuk Seri Zafrul Tengku Abdul Aziz said the number of new case admissions into hospitals for COVID-19 symptomatic cases in categories three, four and five would be used as the indicator for the transition of states under PPN phase one as well as achieving at least 50 per cent vaccination of its adult population.

Tengku Zafrul said this followed a Special Meeting of the MKN and National Recovery Council ( MPN) chaired by Prime Minister Tan Sri Muhyiddin Yassin which decided to use the indicators to change phases under PPN.

In this regard, Rahmad said the state government has requested the Health Ministry to place a refrigerated container to store bodies of COVID-19 victims at Melaka Hospital.

He said this followed a rise in fatalities and the hospital mortuary has almost reached maximum capacity.

“Although it is not critical, 22 of the 26 body boxes have been used so the container is needed for us to be prepared if there are new cases.

“We have also been contacted by certain individuals who want to donate containers to the Forensic Department,” he said.

He said the Malaysian Armed Forces (MAF) Field Hospital is being built and is expected to be completed within 10 days near the Melaka Hospital Emergency and Trauma Department which could accommodate 64 beds.