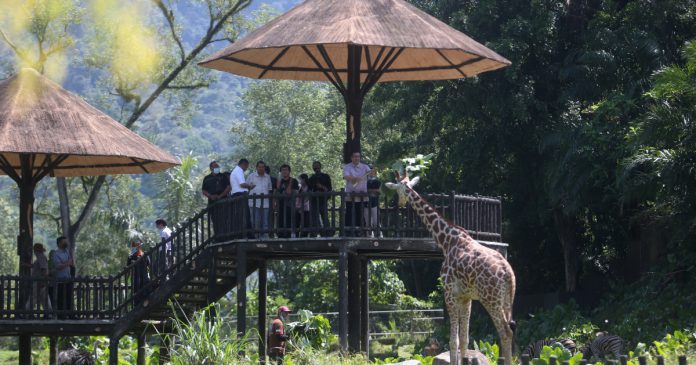 MELAKA, Aug 10 — The Melaka Zoo will need to undergo a restructuring exercise if the animal conservation centre and tourism destination is still unable to operate till the end of this year due to the COVID-19 pandemic.

However, he said a study on the need to implement such a move will be carried out in November to ensure the welfare of about 525 animals from 250 species in the zoo is protected.

“This is a very challenging phase for the council and also the Melaka Zoo management because since COVID-19 hit the country, the zoo was only able to operate for six months last year.

“Before the movement control order (MCO) was implemented last year, the zoo’s operational costs were sustained by ticket sales, but when the zoo could not operate, it could not generate any income,” he told Bernama here today.

He said the situation had indirectly impacted the council in terms of preparing monthly allocations for the zoo as it was also affected by COVID-19.

Prior to the pandemic, the Melaka Zoo needed RM1 million a month to cover the operating expenses including the health and welfare of the animals, employee salaries and utilities but it managed to reduce the amount to RM650,000 a month during the MCO.

Meanwhile, Shadan said the council hoped that Melaka would move into Phase Two of the National Recovery Plan this year to allow the resumption of the domestic tourism industry.

“We have lined up various programmes to increase tourist arrivals to Melaka Zoo but because of COVID-19, the zoo can’t operate and all our plans need to be postponed,” he said.

EMCO at nine localities from Aug 16 to 29