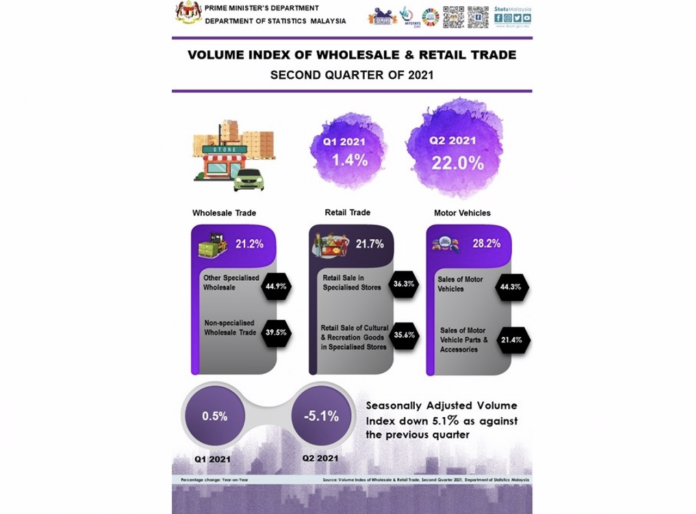 “The motor vehicles sub-sector suffered the most, plunging 92.4 per cent, or RM11.2 billion, to register only RM0.9 billion worth of sales,” he said in a statement.

The retail trade sub-sector contracted 2.9 per cent as sales in non-specialised stores declined 7.2 per cent, or RM1.1 billion, to RM14.8 billion, the first negative growth this year despite being allowed to operate during the lockdown period.

On a monthly comparison, retail trade fell 6.4 per cent with all groups in this sub-sector registering negative growth.

Wholesale of food, beverages and tobacco declined 9.2 per cent followed by wholesale on a fee or contract basis, which tumbled 22.5 per cent.

On a month-on-month comparison, sales of this sub-sector contracted 4.8 per cent.

The index of retail sale of any kind of product over the internet, which represented e-commerce activity, recorded 8.7 per cent growth year-on-year in June, compared to 15.8 per cent in May.

“Seasonally adjusted, the index slipped 2.8 per cent against the previous month,” Uzir noted.

In terms of volume index, wholesale and retail trade contracted 12.4 per cent y-o-y.

The chief statistician noted that the contraction was caused by motor vehicles, which plunged 92.8 per cent, followed by retail trade and wholesale trade which fell 3.5 per cent and 0.1 per cent, respectively. 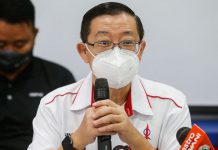