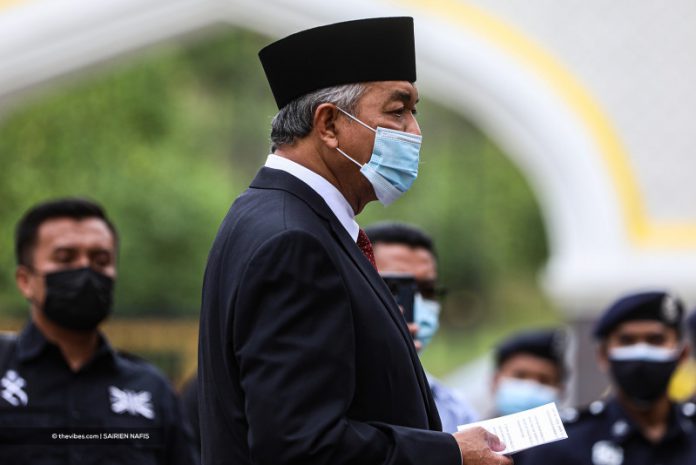 Its chief, Mohd Rizan Razali, said that he had received information on the banners at about 7.30 am, before making a police report at about 3.30 pm.

He said that the banners, displaying the UMNO president’s face with provocative words, were detected at 17 locations, including three outside Bagan Datuk, namely in Batak Rabit, Seberang Perak and the Sultan Yusuf Bridge, Teluk Intan.

“These banners were erected with the intention of insulting, humiliating and defaming Ahmad Zahid, who is also the MP for Bagan Datuk.

“This is a very irresponsible act and politically motivated to give a bad perception of Ahmad Zahid,” he said.

He said this after lodging a police report. accompanied by representatives of the division’s Wanita and Puteri wings, as well as its committee members, at the Hutan Melintang police station today.

No hike in basic electricity tariff for July-December 2021 – Shamsul...