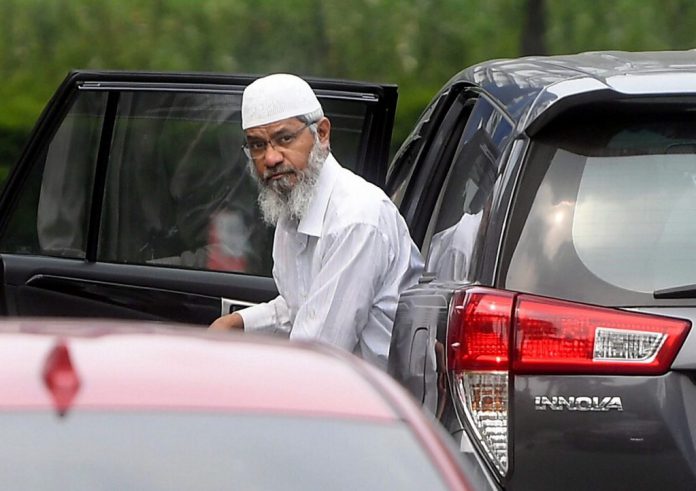 PUTRAJAYA, Aug 13  — The Court of Appeal today struck out Dr Zakir Naik’s appeal against a High Court’s decision that allowed former Batu Uban assemblyman S. Raveentharan’s application to transfer the suit filed by the independent speaker against him for alleged defamation from the Kuala Lumpur High Court to the Penang High Court.

This followed a decision by a three-member bench, comprising Datuk Yaacob Md Sam, Datuk M.Gunalan and Datuk Hashim Hamzah, in allowing a preliminary objection raised by Raveentharan’s counsel over non-compliance of a mandatory provision by Dr Zakir’s solicitors.

Justice Yaacob, who led the bench, held that Dr Zakir’s appeal is incompetent for failure to comply with Rule 18 (6) of the Rules of the Court of Appeal 1994.

“We are of the view that Rule 18 (6) is mandatory in its nature. It has to be complied with by parties. There is no exception to the compliance of this Rule,” he said, adding that there is merit in the preliminary objection.

The court also struck out Raveentharan’s cross-appeal against the High Court’s decision relating to the validity of Dr Zakir’s affidavit.

In the appeal hearing proceedings, which was held virtually, Raveentharan’s lawyer,  Kernail Singh,  submitted that the appeal has become a nullity as no proper record of appeal has been filed because Dr Zakir’s solicitors did not serve them with the draft index of the records of appeal.

Kernail Singh said Rule 18 (6) is obligatory and a mandatory provision that the appellant’s solicitors are required to comply with. Also representing Raveentharan is lawyer Datuk Tharumarajah Thiagarajan.

Rule 18 (6) states that a draft index of the documents must be included in the record of appeal and sent by the appellant’s solicitors to the solicitors for the respondent who or (if more than one) any of whom may within 48 hours object to the inclusion or exclusion of any document.

Lawyer Datuk Sulaiman Abdullah, appearing for Dr Zakir, said at the relevant time, the respondent had a copy of the records of appeal which contained everything that was necessary.

Dr Zakir filed the lawsuit against Raveentharan on Dec 12, 2019  alleging that the former assemblyman had uploaded five defamatory statements on Facebook between Oct 13 and 17 the same year.

In the statement of claim, Dr Zakir stated that five statements were made with malice, hatred and envy without first confirming the matter with him.

He is seeking for an order to compel Raveentharan to remove the defamatory statements from the websites, social media and all related mediums, as well as general, aggravated, exemplary damages and compensation, as well as other relief deemed fit by the court.

On July 23, this year, the Kuala Lumpur High Court allowed Raveentharan’s application to transfer the lawsuit to the Penang High Court for trial to be heard there.

Meanwhile, lawyer Datuk Akberdin Abdul Kader, who also representing Dr Zakir, when contacted, said they would file leave to appeal to the Federal Court as the appeal was struck out on technicality and that the merits of the appeal was not heard.