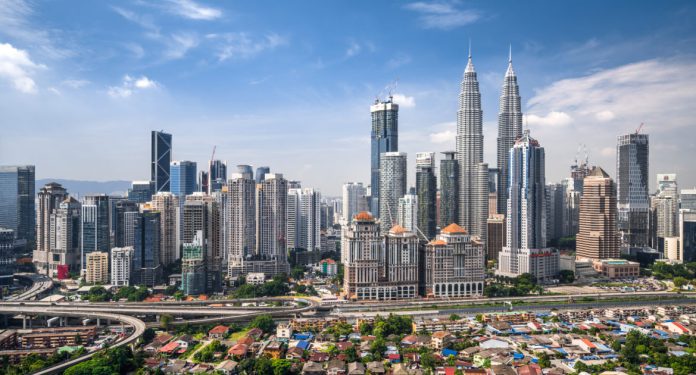 KUALA LUMPUR, Aug 13  — The Malaysian economy grew by 16.1 per cent in the second quarter (Q2 2021) compared with -0.5 per cent in the first quarter of the year, supported mainly by the improvement in domestic demand and continued robust exports performance, said Bank Negara Malaysia today.

The central bank said the strong growth also reflected the low base from the significant decline in activity during the second quarter of 2020.

“While the containment measures weighed on growth, greater adaptability to restrictions and ongoing policy support have partly mitigated the impact,” governor Datuk Nor Shamsiah Mohd Yunus said in a statement today.

In the second quarter, economic activity picked up at the start of the second quarter, but slowed down thereafter, following the re-imposition of stricter containment measures nationwide under phase one of the full movement control order, while all economic sectors registered an improvement, particularly the manufacturing sector.

On the expenditure side, growth was driven by higher private sector spending and strong trade activity.

On a quarter-on-quarter seasonally-adjusted basis, the economy registered a decline of 2.0 per cent against 2.7 per cent in the first quarter this year, weighed by the tighter containment measures.

The governor said net financing to the private sector recorded an annual growth of 4.4 per cent during the quarter (Q1 2021: 4.7 per cent). Outstanding loan growth moderated to 3.6 per cent while outstanding corporate bond growth increased to 6.9 per cent.

On currency, she said the ringgit appreciated by 0.1 per cent against the US dollar in the second quarter largely due to the weakening of the US dollar in the earlier part of the quarter as a result of declining real US Treasury bond yields which led investors towards higher-yielding assets.

“However, expectations for a faster pace in monetary policy normalisation following the June Federal Open Market Committee (FOMC) meeting, which led to a slight rebalancing of investors’ portfolios towards US dollar-denominated assets at the end of the quarter.”

Since July 1, the ringgit has depreciated by 1.7 per cent against the US dollar (as at Aug 9). This depreciation was in line with the performance of most other regional currencies amid the broad strengthening of the US dollar.

Going forward, as uncertainties linger around the momentum of global and domestic economic recovery, the ringgit is expected to continue to be exposed to periods of heightened volatility, she added.