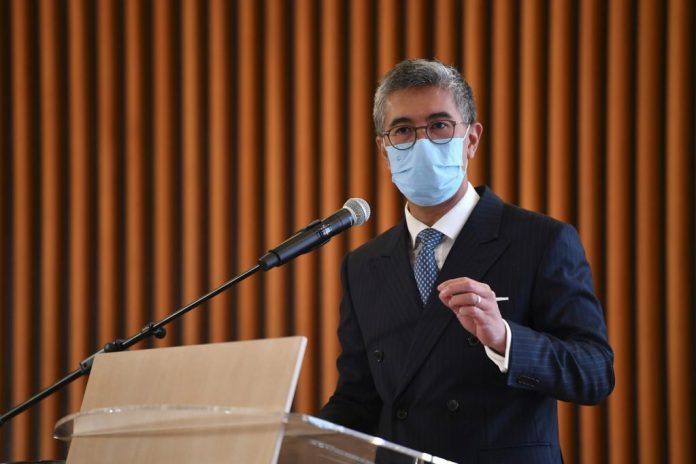 The growth followed a smaller contraction of 0.5 per cent in the preceding quarter and a decline of 3.4 per cent during the fourth quarter of 2020.

“Based on a six-month perspective, GDP rose by 7.1 per cent, relative to a contraction of 8.4 per cent during the same period in 2020,” he said in a statement following the central bank’s announcement of the Q2 GDP growth today.

The minister said in terms of monthly GDP performance, growth in April and May 2021 recovered strongly at 40.1 per cent and 19.8 per cent, respectively, due to the low base effect during the same months in 2020.

He said growth was also supported by the implementation of stimulus and assistance packages throughout the period, namely PERMAI, PEMERKASA and PEMERKASA Plus valued at a total of RM75 billion, and complemented by ongoing measures under Budget 2021.

Tengku Zafrul noted that GDP growth in June declined by 4.4 per cent due to the impact of the latest Movement Control Order (MCO 3.0) beginning mid-May, as well as Phase 1 of the National Recovery Plan (NRP) in early June.

Tengku Zafrul noted that despite several headwinds due to the resurgence of COVID-19 cases towards the end of Q2 2021, various key economic indicators reflected encouraging signs of recovery.

These include the 1.4 per cent increase of the Industrial Production Index in June 2021 and the 6.5 per cent growth in the manufacturing sector’s sales value for the same month to RM124.4 billion.

In terms of the capital markets, Tengku Zafrul noted that the FTSE Bursa Malaysia KLCI (FBM KLCI) increased by 2.1 per cent in Q2 2021, supported by retail investors’ participation with a total net investment of RM9.4 billion year-to-date.

“Foreign investors also remained confident in the ringgit bond market. For the first half of 2021, RM24.5 billion of net inflows were recorded, with approximately 60 per cent subscribed to the Malaysian Government Securities,” he said.

Tengku Zafrul said Malaysia’s economy was expected to gradually recover as the National COVID-19 Immunisation Programme continued to accelerate and the National Recovery Plan thresholds were met for each state.

This, he said, would facilitate a broader reopening of economic and social activities. So far, six states have moved to Phase 2, and two states, including the Labuan Federal Territory, have moved successfully to Phase 3.

Bank Negara Malaysia, in announcing the 16.1 per cent economic growth achieved in Q2 2021 compared with -0.5 per cent in the first quarter of the year, said the growth was supported mainly by the improvement in domestic demand and continued robust exports performance.

This was against the -17.1 per cent GDP growth recorded in the same period a year ago, as it took the brunt of the lockdown measure as COVID-19 hit the country.

The central bank said the strong growth reflected the low base from the significant decline in activity during Q2 2020.

Approval letters to travel for work issued by MITI not valid...