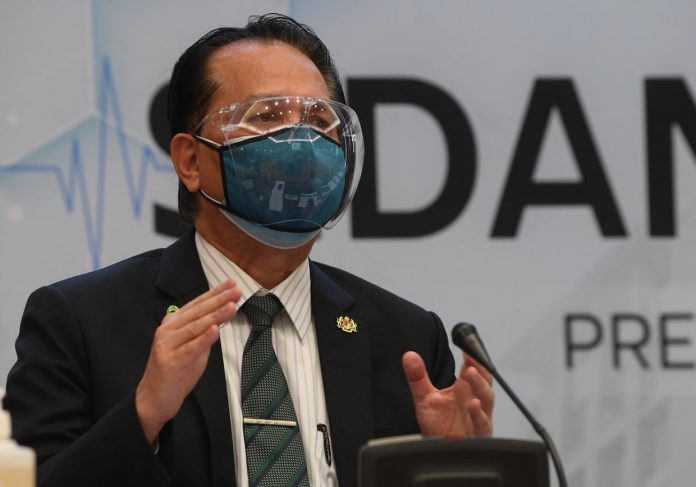 PUTRAJAYA, Aug 13 — Teenagers, aged from 12 to 15, will be given vaccine injections but priority is for individuals with certain health problems, said Health director-general Tan Sri Dr Noor Hisham Abdullah.

However, he said for teenagers, aged 16 and 17, those with or without certain health problems would also be considered for vaccine injection.

He said the decision was made following new data on June 16 which was seen by the National Pharmaceutical Regulatory Agency (NPRA) which contained injection for the group.

“So NPRA has approved but for implementation it depends on the priority, namely, those aged 12 years old and above with other diseases such as leukemia.

“For 16 and 17 years old, we will give priority to those who have diseases identified before the vaccines are given while those without diseases will also be considered.

He said at an early stage, Pfizer submitted to NPRA a proposal, namely, the 16 years old and over group be vaccinated, but the data for the age group were not strong as they used extrapolation from adulthood.

Dr Noor Hisham said the Ministry of Health (MOH) is still waiting for the latest data for healthy teenagers in the 12 years old and above group.