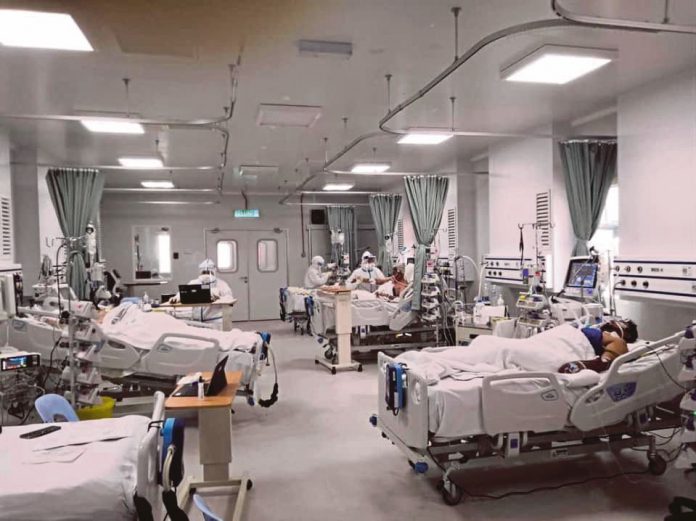 PUTRAJAYA, Aug 13 — The number of category three to five COVID-19 patients requiring hospitalisation in five states has reduced thanks to the increasing number of fully vaccinated people among the adult population in those states.

“We find that when the full vaccination rate among the adult population, aged 18 and above in Labuan reached 63.4 per cent, Sarawak (55.7 per cent), Negeri Sembilan (40.1 per cent), Kuala Lumpur (78.3 per cent) and Putrajaya (69.3 per cent), there was a reduction in admission of category three to five patients to hospitals and ICUs.

“Other states have not shown a declining trend as the percentage of completed doses is still low,” he told a media conference about the developments of COVID-19 here today.

Dr Noor Hisham said the reduction could also be seen at Sungai Buloh Hospital after the government implemented the capacity surge operation at the Klang Valley to speed up vaccinations among the adult population.

“After the implementation of the operation in Klang Valley, we find that in the 30th week, the number of category four and five admissions dropped among those aged 60 and above.

“In addition, those between 40 and 59 years as well as 20 till 39 years registered a decrease as well. This shows that vaccinations have managed to reduce the number of hospital admissions and the use of ICU beds,” he said.

He said severe symptoms of those infected were also reduced, with only three cases from medical workers infected by the virus were at category five, with two deaths and one still being treated in the ICU and requiring respiratory support.

He said active cases stood at 241,187, with 1,075 patients being treated at ICUs, and 537 of them requiring respiratory support. The number of recoveries reported today was 17,025.

Besides, 277 deaths were reported today, bringing the national death toll to 11,968, he said, adding that 41 new clusters were recorded, bringing the total of active clusters to 1,293.

He said the COVID-19 infectivity rate or R-naught (RT) in Malaysia was 1.05 with Perlis having the highest RT value of 1,33, followed by Sabah and Kelantan (1.20 respectively) and Sarawak and Penang (1.17 respectively).

High-impact projects to be developed in Terengganu under 12MP