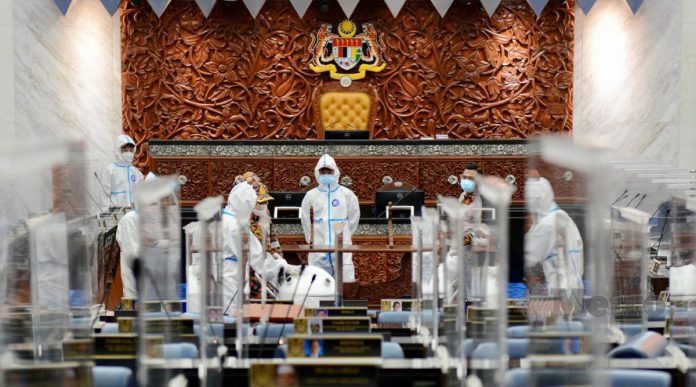 KUALA LUMPUR, Aug 15  — Five more COVID-19 cases which were linked to the Special Parliamentary Sitting on July 26 to 29 have been detected, bringing the total to 102 cases.

Health director-general Tan Sri Dr Noor Hisham Abdullah said the new cases announced on Aug 13 involved five in a family with the first symptomatic case being the individual who attended the sitting.

He said all of them have completed two doses of vaccine and only had mild symptoms and they are undergoing quarantine in their respective homes.

He said with the addition of five cases, there are now 30 infections from the Dewan Rakyat meeting.

He said the Health Ministry (MOH) with the Parliament and the National Security Council (MKN) had discussed several improvements required as preparations for the  reopening of Parliament to reduce the risk of spreading the infection before and during the sitting.

He said the preparedness encompassed actions to ensure individuals present in Parliament are healthy and not infected with COVID-19 during the period and the environment as well as inside Parliament building should be studied and improved so that it is safer and less risky against the spread of disease.