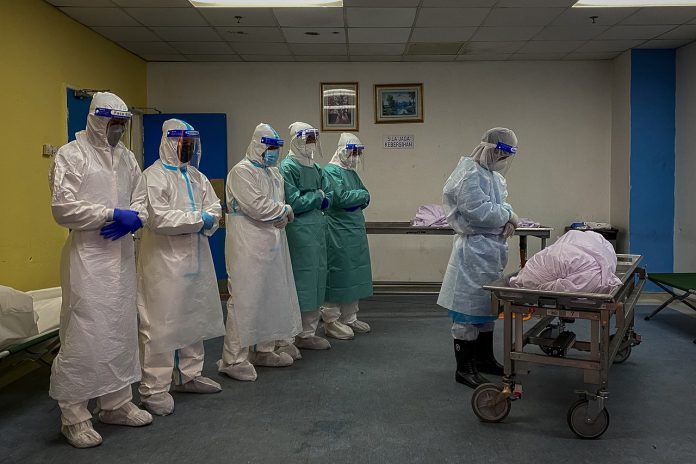 KOTA BHARU, Aug 15 — The government regularly holds discussions with state religious authorities on various issues including providing expertise to train individuals interested in learning the funeral management for COVID-19 victims at no charge.

Deputy Minister in the Prime Minister’s Department (Religious Affairs) Datuk Ahmad Marzuk Shaary said this was to address the issue of high funeral costs for COVID-19 victims, among others, reported to have occurred in Kelantan.

“I have not received detailed information on the cost of managing the remains of COVID-19 patients. However, as we all know, the hospital does not manage the tayammum (dry purification) process.

“There are those who are alleged to have taken advantage and charging high fees,” he told reporters after handing over food aid at Sekolah Kebangsaan (SK) Pulau Gajah near here today.

Ahmad Marzuk said previously, the cost of managing remains was between RM300 and RM500, but for HIV and COVID-19 patients, there would be a reasonable increase in charges.

“However, if the cost reaches up to thousands of ringgit just for the tayammum process, it is unreasonable,” he added.

The media had previously reported that the next-of-kin of COVID-19 patients in Kelantan claimed that they were charged between RM1,300 and RM1,800 just for tayammum.

Ahmad Marzuk said that the Kelantan Islamic Religious and Malay Customs Council, (MAIK) has called the relevant parties to obtain information and also to set a reasonable price for the handling of the remains of COVID-19 patients.

“As for the federal level, the funeral management is under the Federal Territories Islamic Religious Department (JAWI) and we do not impose burdensome costs on the next-of-kin,” he said.