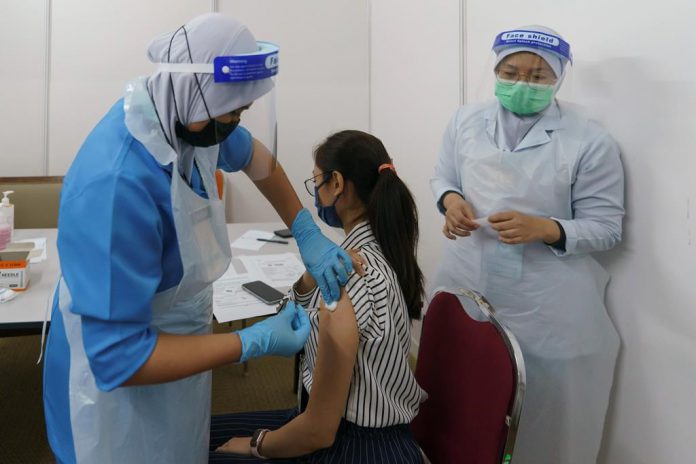 “Alhamdulillah (praise be to God), today Kuala Lumpur managed to achieve 85 per cent vaccination of its adult population. Pray that the situation in this federal territory improves further,” he said in his posting via his Twitter account.

In the same posting, he also stated his commitment to continue with efforts to help the people.

His posting also provided the vaccine administering statistics up to Aug 14 in the Federal Territories of Kuala Lumpur, Putrajaya dan Labuan.

In Kuala Lumpur until yesterday, 1.5 million or 85 per cent of its population had received both doses of the COVID-19 vaccine, with the number exceeding the target of 80 per cent or 1.48 million people.

The first dose of the vaccine has been received by 2.5 million people in this federal territory.

In Putrajaya, 81,543 individuals or 74 per cent of its residents have completed their vaccination compared to the set target of 88,000 people or 80 per cent, while 120,984 have received the first dose.

In Labuan, 92 per cent or 63,440 of the island’s population have received the first and second dose of the vaccine.

MCO in seven district in Kelantan from Friday