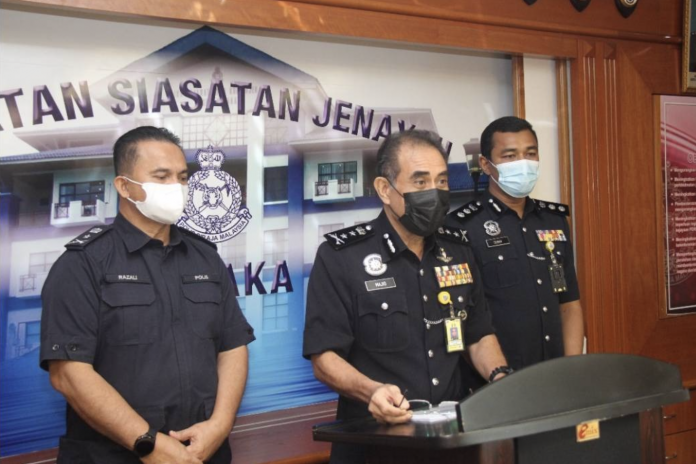 MELAKA, Aug 16 — The Melaka police have crippled a prostitution ring with the arrest of 14 foreign women, comprising 12 Vietnamese and two Thais, aged between 22 and 37, in raids in Melaka Tengah last Thursday.

Melaka police chief Datuk Abdul Majid Mohd Ali said two local men, both in their 40s and believed to be the caretakers of a budget hotel and  private residence, two of the premises that were raided, were also arrested in the ”Op Noda” operation conducted between 5 pm and 7 pm.

Five men, aged between 27 and 30, who were with the foreign women, were also arrested, he added.

He said the syndicate, believed to be active since about a month ago,  was believed to have appointed several agents to find customers, using the WhatsApp and WeChat applications.

“The customers are charged between RM150 to RM260 which is paid directly to the prostitutes,”  he told a media conference, held virtually,  today.

He said the foreign women had entered the country using social visit pass and were believed to be stranded in Melaka due to the movement control under the National Recovery Plan.

“The police have identified one of the agents,” he added.

He said the 14 foreign women and two caretakers were in remand for four days since last Friday to facilitate investigation.

As for the five customers who were arrested, he said, they were taken action for breaching the Prevention and Control of Infectious Diseases Act, he added.