马中透视 MCI
Home Editor's Pick ‘I did my job to the best of my ability’ – Tengku... 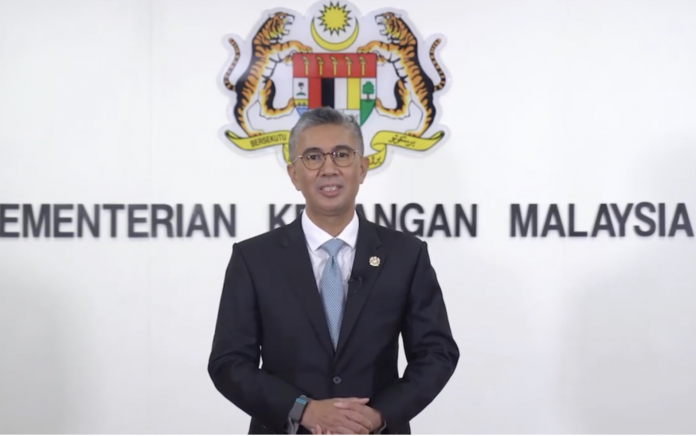 KUALA LUMPUR, Aug 16  — Tengku Datuk Seri Zafrul Abdul Aziz said his 18-month tenure as Finance Minister was the biggest honour and privilege for him to serve the country.

“I did my job to the best of my ability and history shall be the better judge. It has been my greatest honour and privilege to serve the country,” he said.

He admitted the 18-month period was a very challenging period for #TeamMOF to balance between life and livelihood while ensuring business viability and economic resilience during the COVID-19 pandemic.

“As someone who comes from a corporate background, I am really impressed to see the seriousness of the civil servants in carrying out the trust of the state on duty regardless of the day and time.”

“In fact, many often had to spend the night in the office to carry out all matters to administer the country’s financial affairs, especially in this very challenging time,” he said in a Facebook post tonight.

With this spirit of cooperation, we have implemented various economic stimulus packages, measures and policies at the Ministry of Finance (MoF), said Tengku Zafrul.

“I would like to thank all the MoF staff and related agencies who have helped me a lot in guiding the ministry in our efforts against COVID-19.”

Tengku Zafrul was first appointed as the Finance Minister on March 9, after Tan Sri Muhyiddin Yassin was sworn in as the country’s 8th Prime Minister.

Tengku Zafrul along with the rest of the Cabinet have resigned today.

“I would also like to thank the people who have supported the efforts of the Ministry of Finance during my tenure as Finance Minister,” he said.

The former Finance Minister hopes that this episode will open a new chapter towards a more stable Malaysian administration, so that 100 per cent focus can be given to efforts to address the COVID-19 challenge.

During his tenure as Finance Minister, he was also appointed as the National Recovery Plan (NRP) coordinating minister who was responsiple to monitor the strategies and assistance implementation as well as taking proactive measures that are suitable and dynamic during the COVID-19 pandemic faced by the country.

Under the MoF, Tengku Zafrul was also in charge of the recovery plan, Economic Stimulus Implementation and Coordination Unit Between National Agencies (LAKSANA).

Throughout his period in the ministry, the government had implemented eight aid and economic stimulus packages worth RM530 billion to address the health crisis since the COVID-19 pandemic was declared last year.

Tengku Zafrul, who is an independent senator, prior to his appointment was the group chief executive officer and executive director of CIMB Group Holdings Bhd.

He was also an advisor to Tenaga Nasional Bhd’s president before joining CIMB Investment Bank Bhd.

The 48-year-old Tengku Zafrul was born in Kuala Lumpur on June 25, 1973 — received his early education at Malay College Kuala Kangsar, before proceeding to further his studies at the University of Bristol, United Kingdom and graduated with a Bachelor of Science (Hons) Economics and Accounting.

He then obtained a Master of Arts (MA) in Finance and Management from the University of Exeter as well as a Fellow Chartered Banker with the Asian Institute of Chartered Bankers.

Companies must shape up on ESG – Tengku Zafrul