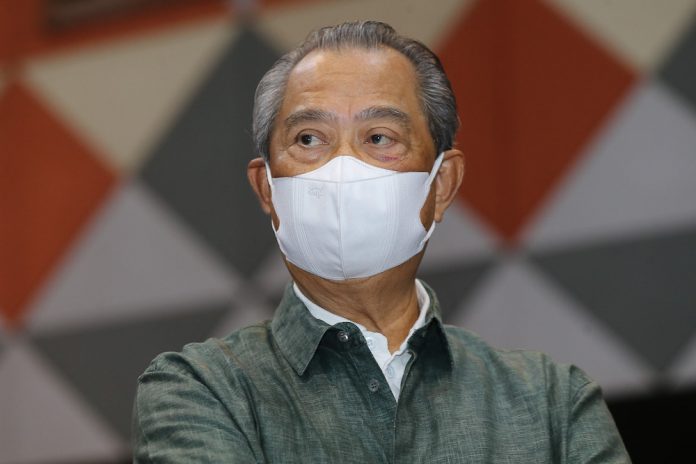 PUTRAJAYA, Aug 17 — Continue serving the people will be the main agenda of Perikatan Nasional (PN) that will be given attention by Tan Sri Muhyiddin Yassin who strongly believes that the people still needed help in facing the impact of the COVID-19 pandemic.

“That is the way. That’s what we are going to do in the future. Serving the people is our main agenda in this time of need, we can’t fail,” he said.

Muhyiddin said, since he is no longer a prime minister, full attention will be given to Bersatu and its allies in the PN to continue serving the people.

“Now that I have a lot of time, what else would I do? My focus will be on the party and our allies in Perikatan Nasional.

“When the time for election comes, we will leave it to the people to decide. What’s for sure is that I have a lot of time now,” he told senior media editors after announcing his resignation as Prime Minister here yesterday.

Muhyiddin said he was confident that the people had been able to witness how caring the Perikatan Nasional-led government could be.

“We have been tested, we have proved ourselves and we can do better next time around. I don’t mean to brag…but so far all my friends said they will stand by me through thick and thin,” he said.

While expressing his appreciation for their support, Muhyiddin said this also reflected the spirit of PN leadership to stick together to build its strength which can be seen in the increasing number of parties joining the coalition.

“It’s like a revival of Barisan Nasional’s (BN) glory days as all races in Malaysia are represented in PN…we don’t serve just the Malays, we serve all, I don’t say if you are a Chinese, there will be no vaccine for you, or if you are an Indian, there will be no food for you. No, we never do that,” he said.

Muhyiddin also stressed that during any of his Cabinet meetings, they had never discussed the importance of any one race.

“We always discussed the wellbeing of the people as a whole, not just how to help the Malays, or the Chinese, the Indians or Orang Asli. Everybody deserves a good life,” he said.

Muhyiddin said he could now prove that PN is indeed a political coalition for all races.