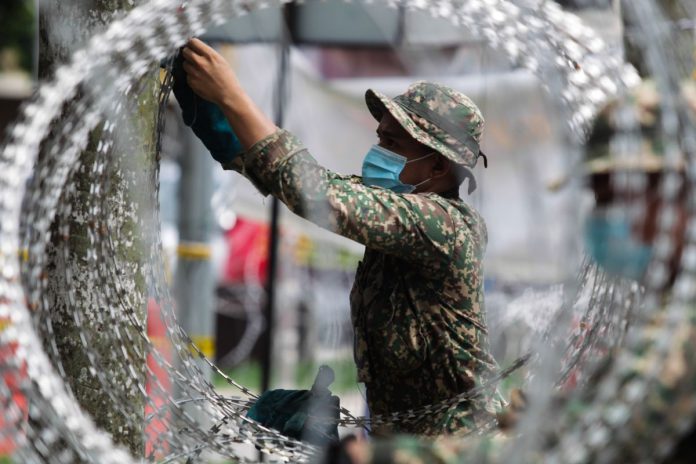 He said the affected localities in Sabah include Kampung Kuala Abai and Kampung Payas-payas in Kota Belud, Beverly Hills Fasa 3 and Regency Park in Penampang, and Kampung Iburu and Kampung Meligan in Sipitang.

The other areas involved in Sabah are Taman Ria Height in Tawau, Baiduri Ayu Complex, FELDA Sahabat 9 in Lahad Datu and Moynod 1 farm housing in Beluran.

In Pahang, the EMCO will be enforced in FELDA Jenderak Utara, Kuala Krau in Temerloh and Ladang Selbourne, Mukim Gua in Lipis.

“The standard operating procedure for all these areas under the EMCO is the same as that announced before,” he said in a statement today.

Meanwhile, the EMCO at FELDA Tersang 1, 2, and 3, Mukim Batu Talam in Raub, Pahang, scheduled to end tomorrow, will be extended until Aug 25.

Rodzi said the EMCO in four localities in Sabah, three in Terengganu, and one each in Pahang and Kelantan will be lifted as scheduled tomorrow.

The localities involved in Sabah are Kampung Banjar in Keningau, Kem 3 Sibulu in Tenom, Penampang Baru in Penampang and Tawau Immigration Detention Depot, while that in Pahang is FELDA Krau 1, Mukim Gali in Raub.