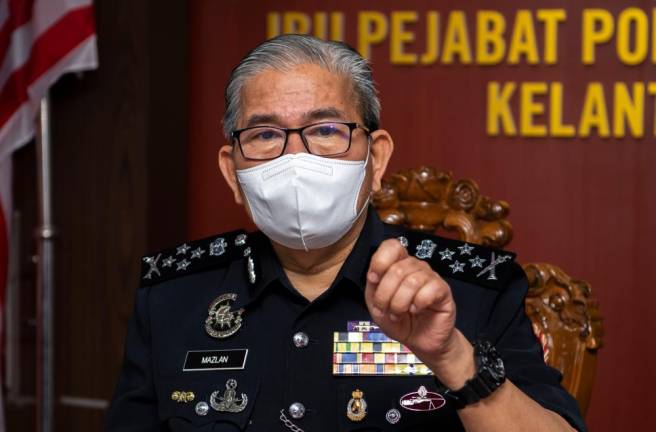 KOTA BHARU, Aug 19 — Police will conduct an investigation if the Ministry of Health (MOH) lodges a report on the illegal sale of Ivermectin, said Deputy Inspector-General of Police Datuk Seri Mazlan Lazim.

He said the sale of the drug was under the MOH according to the Poisons Act 1952.

“We will assist if there is a report from the MOH about any syndicates (selling Ivermectin). We will conduct a probe,” he said after a working visit to the Kelantan Police Headquarters here today.

Previously, local media had reported that the promotion of the sale of Ivermectin, allegedly as a drug that could cure COVID-19 infection, was becoming increasingly aggressive on the black market as well as on social media.

In another development, he again urged members of the public not to speculate, incite or spread fake news regarding the nation’s political situation as it could threaten the country’s peace.

“Police will always monitor the social media to prevent any untoward happenings,” he said.

Some tourism operators not ready to welcome tourists – Exco

Hishammuddin to make two-day official visit to China from tomorrow