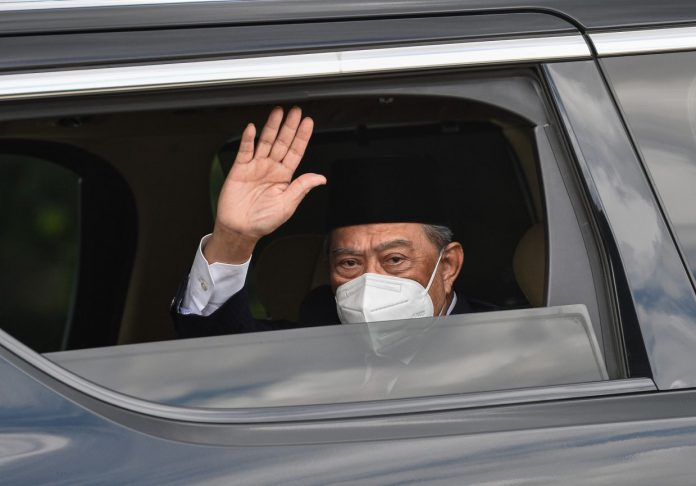 Muhyiddin, who is also the caretaker Prime Minister, said should Ismail Sabri be appointed to the post by the Yang di-Pertuan Agong Al-Sultan Abdullah Ri’ayatuddin Al-Mustafa Billah Shah, he (Ismail Sabri) must ensure that the Cabinet line-up comprises those with integrity, trustworthiness, and free of any charges in court.

“The government under his leadership must also continue the practice of respecting the separation of powers, protecting judicial independence and upholding the Constitutional Monarchy,” he said in a statement today.

Muhyiddin said that all 50 Dewan Rakyat members from the PN coalition, namely 31 from Bersatu, PAS (18), Parti Solidariti Tanah Airku (STAR) (one) as well as four pro-PN Independents had submitted their statutory declarations to Istana Negara yesterday, stating their support for Ismail Sabri.

According to him, the decision to nominate the UMNO vice-president was done to ensure continuity of the PN government’s policies, which are focused on tackling the COVID-19 pandemic and healing the nation until the time is right for the 15th General Election to be held.

The decision, he added, also proved that the PN government prioritised political stability and the people’s well-being rather than revenge politics and power struggles.

He said that when faced with a situation of crisis, politicians must be magnanimous for the best interests of the people and the nation.

At the same time, Muhyiddin also hoped that the process to appoint the new prime minister would go smoothly and be finalised in the nearest future in accordance with the Federal Constitution.

“As PN chairman, I will continue to serve the people and prepare the party to face GE15 when the time comes,” he said.

On Monday (Aug 16), Muhyiddin resigned as the eighth Prime Minister of Malaysia after losing the majority of the MPs’ support, while the bipartisan cooperation framework he proposed also did not get the full support of the lawmakers.

Following that, His Majesty ordered all members of the Dewan Rakyat to submit their statutory declarations to Istana Negara to nominate their candidates to be appointed as the country’s 9th Prime Minister by 4 pm Wednesday (Aug 18).

His Majesty also decreed that the new prime minister to be appointed must seek a vote of confidence as soon as possible to determine his legitimacy and majority support in the Dewan Rakyat.

Muhyiddin may have backing of 120 MPs, says analyst

Khairy: Sinovac vaccine’s WHO approval a boost of confidence for nation