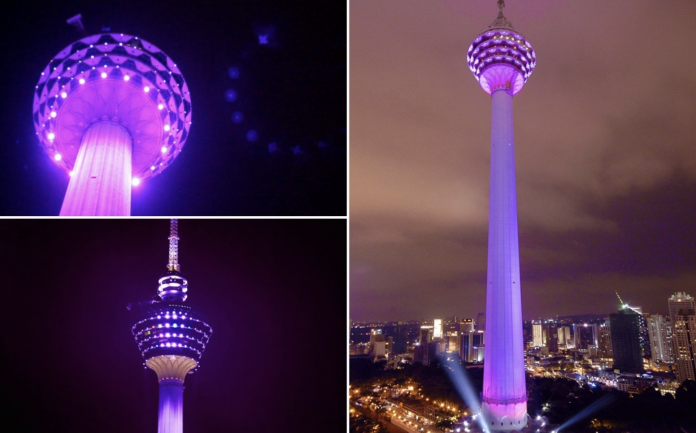 KUALA LUMPUR, Aug 20 — The Kuala Lumpur (KL) Tower was among the iconic landmarks around the world lit in purple last night, in conjunction with the launch of WeThe15.

WeThe15 is a new human rights movement which represents 1.2 billion persons with disabilities, or 15 per cent of the world’s population.

The campaign, launched ahead of the Tokyo 2020 Paralympic Games, is aimed at ending discrimination towards persons with disabilities and acting as a global movement publicly campaigning for disability visibility, inclusion and accessibility.

The Paralympic Council of Malaysia (PCM), in a statement, said the movement brings together the biggest coalition ever of international organisations from the worlds of sport, human rights, policy, business, arts, and entertainment.

“KL Tower was one of over 115 iconic landmarks, spanning multiple countries and time-zones, to light up the international colour of disability, purple.

“The global light up was to celebrate the launch of WeThe15, which aspires to be the biggest ever human rights movement to represent persons with disabilities,” according to PCM.

Further information about WeThe15 can be found on its website, www.WeThe15.org, as well as its social media accounts with the handle @WeThe15 on Instagram and Twitter.

Muhyiddin optimistic PN will be people’s choice in GE15