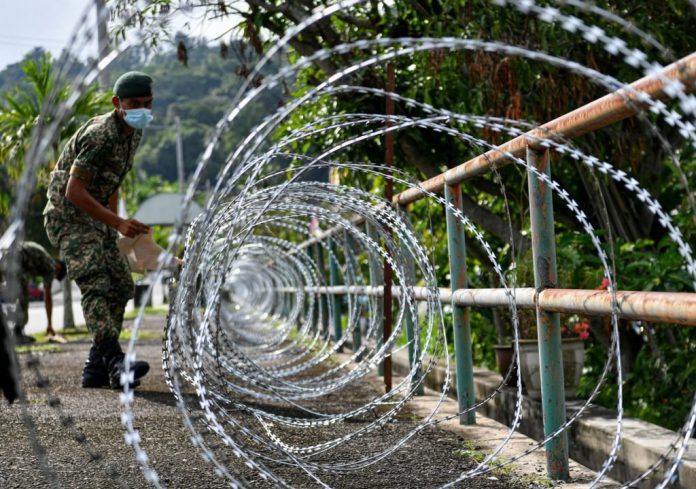 KUALA LUMPUR, Aug 22 — The Enhanced Movement Control Order (EMCO) will be enforced in two more localities in Sabah and three in Kelantan from Tuesday to Sept 6.

“The standard operating procedures (SOP) in all EMCO areas are the same as previously announced,” he said in a statement on the EMCO, today.

Rodzi said the EMCO in two localities in Tawau which were supposed to end tomorrow, had been extended to Sept 6, namely, Kampung Pukat, Tanjung Batu Laut and Taman Semarak Indah.

He added that the EMCO in Kampung Bongkok, Bera in Pahang was terminated today, earlier than scheduled on Aug 27 while the EMCO in several other localities in Sabah, Kedah and Terengganu would be terminated tomorrow as scheduled.

BN meet to discuss calls for Muhyiddin to quit