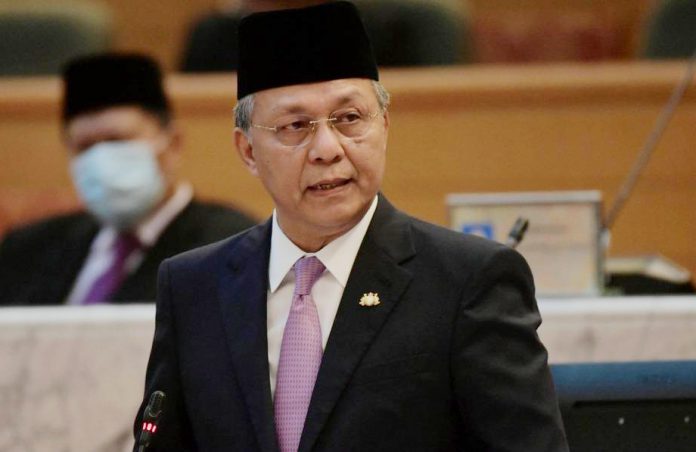 JOHOR BAHRU, Aug 22 — Leaders, regardless of political background, as well as the people in Johor, must stand united in helping to free the country from the threat posed by COVID-19.

Menteri Besar Datuk Hasni Mohammad said this was because the concept of ‘war’ to gain independence had changed and the country was not seeking freedom from colonialists as before.

“Independence is freedom. In the old days, our ancestors were united in freeing themselves from colonialism and now the concept of war has turned into an effort to fight and free the country from COVID-19 threat.

“Therefore, the unity that has been forged so far must be continued regardless of political background. Leaders and the community must stand united to find, implement and expedite solutions in terms of health as well as economy.”

He said this when launching the state-level National Month celebration and Fly the Jalur Gemilang Campaign 2021 which was streamed live on the Johor Information Department Facebook page today.

The Menteri Besar also urged the people in the state to enliven the National Month celebration by flying the Jalur Gemilang at their residences, office buildings, business premises and even on their vehicles.

“The practice of flying the Jalur Gemilang has become a norm in the country to ensure the love for the country continues to grow in the hearts of our multiracial community. Don’t let the spirit fade away,” he said.

At the same time, Hasni said the theme Malaysia Prihatin for the National Day and Malaysia Day celebrations this year was in line with the government’s aspiration in the fight against the COVID-19 pandemic and in turn, revive the country’s economy, especially in Johor.

Meanwhile, he said several programmes have been lined up in collaboration with various departments and agencies, including the Rukun Negara Oratory Competition, Rukun Negara webinar, ‘TikTok Silang Budaya’ and Fly the Jalur Gemilang Campaign.

He hoped the programme would not only enhance bilateral relations between departments but also foster and strengthen the bond of unity among the people in the state.

Government not in hurry to resume exporting eggs to Singapore –...