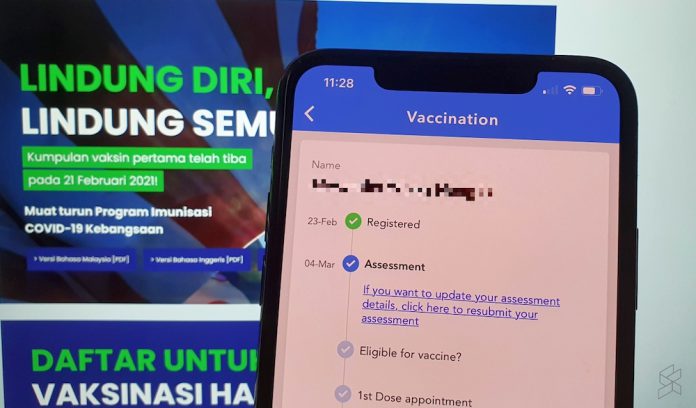 He said the first arrest involved a 30-year-old foreign woman who was detained while present to obtain her second dose of COVID-19 vaccine at a clinic in Bandar Hilir at about 2.30pm.

“A check on the MySejahtera application used by the suspect found that the identity information registered in the application belonged to another individual.

“Police also confiscated a vaccination card in the suspect’s name, a foreigner’s i-card believed to be fake, a copy of an expired passport and a mobile phone used by the suspect,” he said in a statement here today.

Commenting further, he said following the arrest, two other foreign women and a local man were arrested at a house in Bandar Hilir at about 7 pm the same day.

He said all the suspects were remanded until Friday to assist in the investigation under Section 420 of the Penal Code for cheating and also to determine whether they were involved in a fraud syndicate using the identities of others for registration of COVID-19 vaccination through the MySejahtera application.

Sundra Rajan added that the three foreign women were also being investigated under Section 6 (1) (c) of the Immigration Act 1959/63 for staying in the country without valid documents and Section 15 (1) (c) of the same act for overstaying.

In the meantime, he said that so far, Melaka police had received two reports related to identification information of locals used by foreigners for the purpose of registration of COVID-19 vaccination using the MySejahtera application.

“The police view seriously all activities of misusing the identity of other individuals in MySejahtera for the purpose of obtaining COVID-19 vaccine injections and stern action will be taken,” he said.

Ugly side unfolding about working from home

Malaysia calls for UN to be reformed to end conflicts