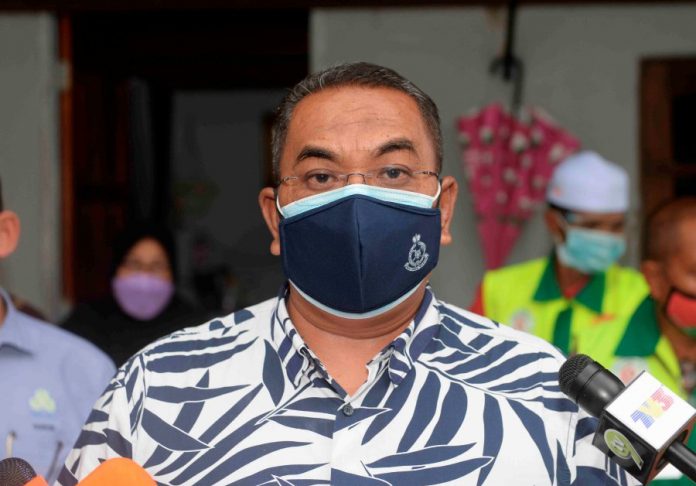 ALOR SETAR, Aug 24 — The Kedah government has requested the federal government to consider additional allocation, especially for farmers in Yan whose paddy fields were affected by the mudflow and floods on Aug 18.

“The Prime Minister Datuk Seri Ismail Sabri Yaakob’s willingness to consider the allocation for these farmers is highly appreciated by the state government,” he said in a statement here today.

He said the state government also expressed its appreciation to the Prime Minister who had approved an immediate allocation of RM75 million to repair the infrastructure damage in Yan and Merbok caused by the mudflow.

“The Prime Minister’s willingness to make his first official visit to the state to see for himself the effects of the tragedy as well as to give advice to the affected victims, especially the families who lost their loved ones, has also eased some of the pain.

“This demonstrates his caring nature as the government’s top leader towards the fate of the people to continue living in the current challenging situation,” said Muhammad Sanusi.

He said the state government was also grateful to the Ministry of Rural Development which would channel the allocation amounting to RM3 million to help repair the damaged houses of residents in the two districts.

Yesterday, the prime minister, during his official visit to Yan and Kuala Muda districts, announced immediate assistance amounting to RM75 million to help the Kedah government to repair all damaged infrastructure and public facilities in Yan and Merbok following the Gunung Jerai mudflow on Wednesday.

The mudflow tragedy claimed six lives and inundated over 1,000 houses in the two districts.

Sarawak writes to federal govt on proposed purchase of vaccines