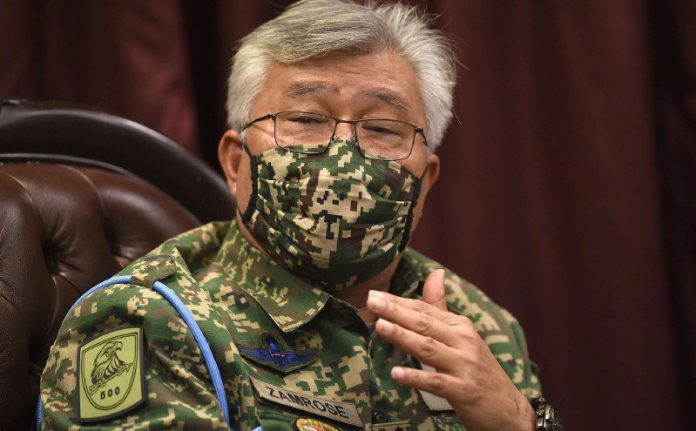 KUALA LUMPUR, Aug 25 — A soldier who was given a dishonourable discharge for refusing the COVID-19 vaccination may be reinstated if he changes his mind and decides to get inoculated, said Army Chief Gen Tan Sri Zamrose Mohd Zain.

He said, however, that the decision to dismiss the soldier stands for now.

Zamrose said the soldier had previously undergone four counselling sessions after he refused to receive the vaccine, and the result was the same, he is still refusing vaccination.

“The army will consider reinstating him if he is willing to get vaccinated, and I am confident government officials are taking appropriate action.

“We will hand over everything that this soldier deserves,” he said at a press conference after handing over the Tabung Pahlawan 2020 (matching grant) campaign to 83 veterans’ associations of the Malaysian Armed Forces (ATM) at Wisma Perwira ATM, here, today.

Zamrose said the army has 86,000 members and does not want any implications for other members working in the team.

“The army feels he is unsuitable because its members work in groups and it does not want any implications for other members because he is the only one who does not want the vaccine,” he said.

Media earlier reported a soldier with the rank of sergeant was given a dishonourable discharge for refusing the COVID-19 vaccine, and causing him to be disqualified from receiving a pension.

WHO chief urges vaccine swap for fair share at G20

Ministry receives many complaints on employers not allowing workers to work...