马中透视 MCI
Home Breaking News Credentials for Islamic teachings will no longer be issued to politicians in... 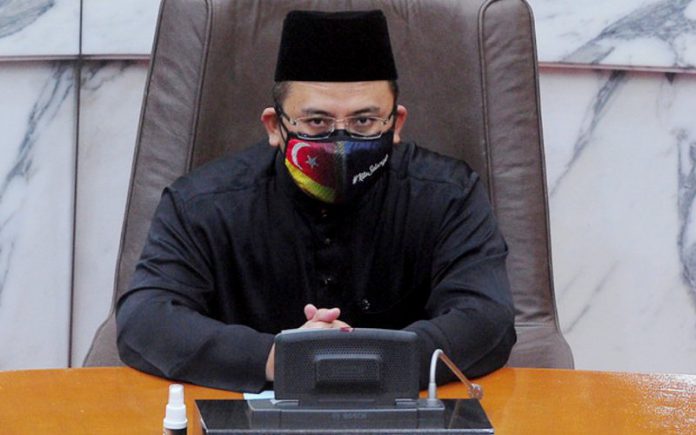 SHAH ALAM, Aug 26  — The Selangor state assembly (DUN) was told today that the state will not approve applications to obtain tauliah (credentials) for religious or Islamic teachings from individuals who are political figures.

Menteri Besar Datuk Seri Amirudin Shari said the matter had received the consent of members of the Selangor Royal Council in a meeting held on March 4, 2019.

Amirudin clarified that the Selangor Islamic Religious Council (MAIS) tauliah committee had on April 6, 2021, decided that any politician holding a teaching credential which is still valid, could still retain it until the expiry date, subject to conditions.

He said the conditions are, in delivering talks, they must not touch on political party issues, mention or link specific individuals, spread slander and they must remain ethical and continue to preserve the sanctity of mosques and surau as centres of knowledge and spread of Islam.

“The expiry date (teaching credentials) is one to two years from the date the credential approval was issued. So in the renewal process, all those clearly with political standings are not allowed to have the credential renewed,” he said.

“A total of 31 politicians are still holding this credential to teach religion, which are valid until the end of their term in Selangor,” he said in response to a question from Syamsul Firdaus Mohamed Supri (PH-Taman Medan) during the state assembly sitting at the State Assembly Building, Shah Alam, today.

Syamsul Firdaus wanted to know the status of the politicians who had been issued religious teaching credentials and how many were involved in Selangor.

Meanwhile, State Public Health, Unity, Women and Family Development  Committee chairman Dr Siti Mariah Mahmud said the Selangor Islamic Religious Department (JAIS) had recorded 191 cases of domestic violence from Jan to May this year, which have been referred for counselling and guidance.

She said this in reply to a question from Haniza Mohamed Talha (Bersatu-Lembah Jaya) who asked on efforts being taken and future plans of the Selangor Islamic Religious Affairs Standing Committee to address the issue of abuse and mental health and the number of cases that have been dealt with so far.