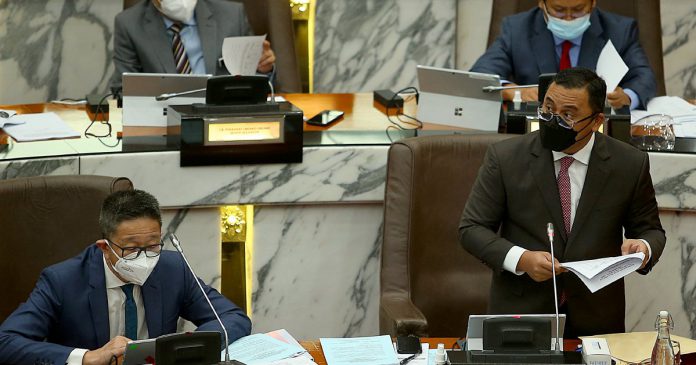 SHAH ALAM, Aug 26  — The Selangor State Assembly was told today that 53,571 industrial workers have tested positive for COVID-19 since July, through screening conducted at their respective workplaces.

Menteri Besar, Datuk Seri Amirudin Shari, said that the screenings were carried out through employers in preparation before entering the workplace, also for close contact with positive co-workers and self-screening by employees themselves at private health facilities.

Meanwhile, Amirudin said that a total of 79 factories in the manufacturing sector had been ordered to close under Section 18 (1) (f) of the Prevention and Control of Infectious Diseases Act 1988.

These factories were found to have committed three or more offences that violated the standard operating procedures of the act, from July 13 until Aug 23, by the Selangor State Health Department.

“The closure order was issued for a period of seven days and the owners were also given work instructions as well as improvements that needed to be completed during the closure period,” he said.