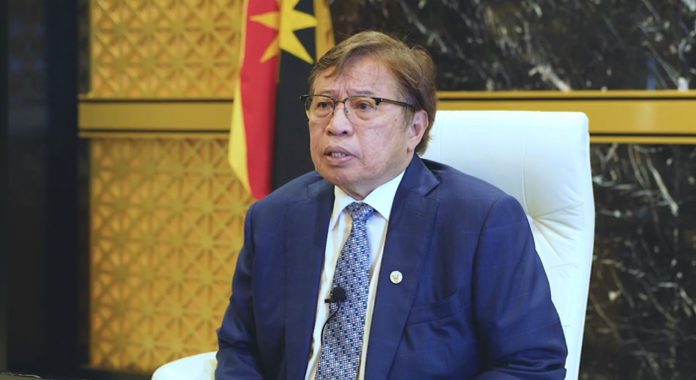 MUKAH, Aug 28 — The Centre of Technical Excellence Sarawak (Centexs) is not only meant to cater for the education needs of local youths but will be opened to trainees from outside the region, said Chief Minister Datuk Patinggi Abang Johari Tun Openg.

Saying Sarawak, which has a population of over two million people, must be extroverted in the matter, he stressed that the learning culture of the locals would be different when they mix with foreign trainees.

“We must have an open mind in this as we only have a population of over two million. It doesn’t mean that this centre is only for our youth.

Abang Johari said this when he officially launched the Oil and Gas Academy and Palm and Agriculture Academy of Centexs Mukah here today.

He explained that the local trainees will have engagement with the foreign trainees and create friendships whereby thereafter they could create a networking among them which would be beneficial for them and Sarawak in the future.

The chief minister said Centexs can take foreign trainees as the courses offered are recognised globally.

It will provide training in various programmes related to oil and gas and palm and agriculture industry.

Apart from Mukah, Centexs has other campuses located in Kuching, Lundu, Betong, Dalat and Lawas.

Analysts say Mahathir has ‘nothing to offer’ in defection game